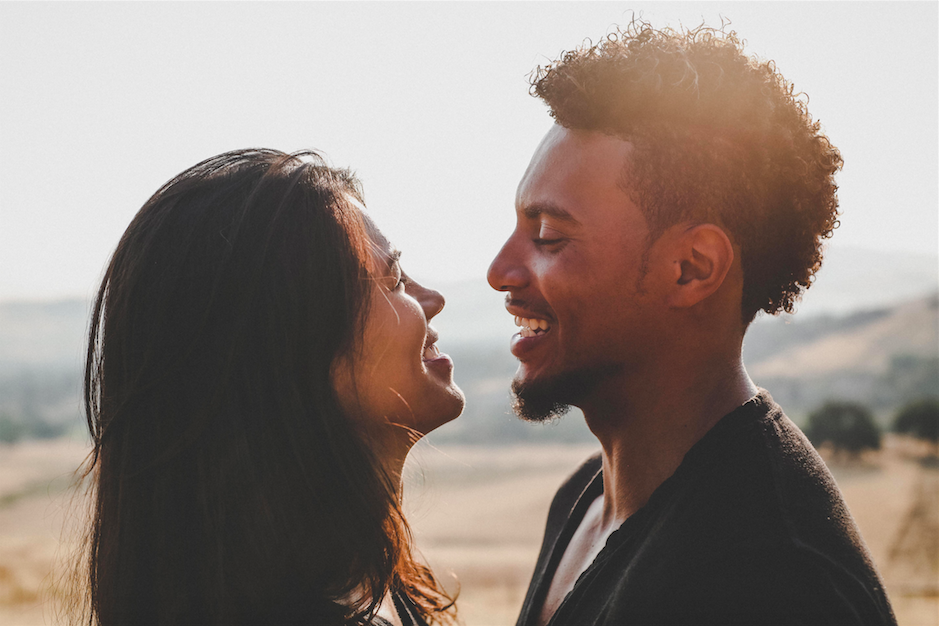 The Personal Development Bucket List For Self Improvement (100 Suggestions)

We talk a lot about looking out for the red flags and warning signs when dating. But what about the green flags? What about the good signs? The reasons to be excited? Here’s how to know you’ve found a good guy. And yes, it may seem pretty self-explanatory, but sometimes we can’t actually see what’s standing right in front of us. And other times, we don’t even know what we should (or shouldn’t) accept. So here’s what we want to look out for. The “goals” when it comes to men and finding one that knows how to treat us right. (The same also works for women. There’s no double-standards here!) So you ready? Let’s see how many you can tick off with the person you may currently be seeing…

If he likes you, he likes you, and he’s not worried about showing it, nor telling you. He’s honest and open, even if speaking about his feelings doesn’t come naturally or easily. He knows what he wants and is mature enough to speak up about it, and go after it. And that’s not to say he doesn’t know his own worth or isn’t a good catch himself. It just means he’s not going to mess you around and you actually know where you stand. Strength and clarity… that’s what we want in a guy! It’s what we deserve. So don’t think these guys don’t exist or games are just part of dating. They’re not. A guy can still keep you on your toes without messing you around!

2. He Genuinely Takes An Interest In You

How do you know? Well, he’ll ask you questions, he’ll listen to what you say, he’ll check back in on you, referring back to the things you’ve previously said. Why? Because he’s not just self-absorbed. He doesn’t think he’s better or more important than you. He values and respects you. And he listens. Someone actually said to me the other day, “to get a little, you have to give a little.” And he was spot on. It can’t be all one sided. Nor should it be, either way. No-one is above you. Successful relationships are based on mutual love and respect. And this should be there from the very beginning.

3. He Makes Time To See You

And I’m not just talking about when it suits him, or as a booty call on a Saturday night! This guy values your company and wants to make plans with you – then stick to them. No matter how busy he is or how difficult your schedules might be to match. He knows your worth, he enjoys your company and he wants to build on that. And not just by sitting around and chatting – by actually spending quality time together, doing things that you both enjoy. Proper dates! With actual activities or experiences. Happening at the time that they’re planned. Which leads me onto my next point…

4. He Keeps His Word

If he says he’s going to be somewhere or do something, he’ll stick to it. He prides himself in keeping his word and in my opinion, there’s nothing more attractive. You know you’ve found a good guy if he’s someone you can rely on. Someone you can get excited to do things with because you’ll know he’ll actually show up. This guy knows right from wrong, he knows what he believes in and he’ll stand by it. And sure, sometimes things will crop up. Things can happen. It’s normal. It’s life. But if it does, he’ll make sure he tells you as soon as he knows, makes alternative suggestions or makes up for it afterwards. Those aren’t unrealistic expectations, and you would do the same for him. It’s just how things work!

5. He Supports, Encourages and / or Inspires You

We should be with people who bring out the best in us. Who lift us up, encourage us to go after everything we want and become all that we can be. To find that, it usually comes from someone who is also pretty inspired themselves. Who has a similar burst for life! The same level of energy. When you notice that in the other person, you find yourself bouncing off them a little. You can throw around ideas and actually get them back. You get excited for each other, can see each other develop.

If a guys supportive, he’s also more than likely going to pay an interest in the things that are important to you, to understand it in a way. It’s refreshing, but very genuine. And at the end of it all, if something goes wrong or you’re having a bad day, you know he’s there to talk to. Because he’ll be there through the high points and the low. Just like you would for him. There’s real care there. So if you’ve got that, you know you’ve found a good guy, for sure!

6. He Also Gives You The Space You Need

To still be your own person and have your own life. Because, after all, he has his own too. Someone shouldn’t become your world, they should just make your world all the more brilliant. You should still be able to continue your own life without them completely taking over. It shouldn’t be all or nothing, there’s got to be a healthy balance. Without that, it’s actually a big sign of insecurity and you’re likely to feel smothered. A good guy is also therefore patient. He doesn’t pressure you or try to rush things. He lets things progress naturally, over time.

7. He Knows The Little Things Make a Big Difference

I’m talking about that little “good morning” text, or the “sleep well” message before bed. It shows he’s thinking of you and is very sweet. Or when he remembers something that’s important to you, or checks in on you when he knows you might need it. It’s just little, kind, caring gestures. And these will come more naturally to some people than others. We’re not asking a guy to be perfect. But actually, if it’s not something they’re used to doing, yet they still do something like that regardless – that in a way can mean even more. It’s all about effort, and trying. Kindness is also so underrated. So when you see that in someone you’re seeing, you know you’re onto a winner.

This is a big one. It’s actually kind of linked to this post I wrote on “how long does it take to really get to know someone?” Because whether we like it or not, there’s going to be challenges, in all new relationships, even before things become official. In fact, if you haven’t had any sort of dilemma or conflict, you should not be thinking about moving things to the next stage with someone because – quite frankly – you just don’t know them well enough yet.

A good guy however, knows how to communicate properly with you. And you feel like you can do the same with him too. There’s openness, honesty, where you feel like you could actually just get anything off your chest, or ask a question and get a genuine answer back. When disagreements arise, you don’t blow up and nor does he. You speak things through properly. Like adults. There’s no drama, no big reactions and potentially sometimes, compromises. But that’s okay. Because all relationships need some compromise and sacrifices – just not on the things that are most important to you.

9. You Seem To Be Able To Trust Him

There’s no guarantees in life or love, but this guy doesn’t show signs of being untrustworthy. You may have your own trust issues when it comes to finding love, but he actually tries to make things easier. He gets it, you see. And he does what he can to ease your worry. He also doesn’t give you any reasons not to trust him. (Because once it’s broken, it’s kind of hard to get back.)

I guess it’s because he’s upfront and genuine. Like we said before, he doesn’t play games, he makes it clear how he feels, he keeps his word and he’s genuine. This all pulls in together to show that he is someone you can trust and rely on, without a huge risk of you getting hurt. And he makes it clear as hell, hurting you is the last thing he’d want because there are real feelings there. That’s when you know you’ve found a good guy, and in today’s society – it can actually be pretty rare.

In fact, studies have found that it’s not just physical infidelity that we should be wary of. Research shows that about 45% of men and 35% of women have admitted to having an emotional affair. That’s a lot more than the 20% of people who admit to having a physical affair – which makes it all the more important that openness and honesty is there from the get-go.

10. He Doesn’t Let You Walk All Over Him

Last but not least, he doesn’t let you walk all over him. I think that’s the difference between a “nice guy” and a “good guy” – not that nice guys can’t be great too. But let’s be honest, we can be pretty strong characters and if a guys TOO NICE – it’s easy to take advantage. A real keeper however, will give as good as he gets. He’s not afraid to tell you how he see’s it. Nor will he tolerate any crap from you, which builds up mutual respect.

So there’s just 10 signs to show how to know you’ve found a good guy. The list could go on and on, and it may vary from person to person, depending on what you are specifically looking for. I also think it’s important to mention here, how you should not only be looking out for these signs in others, but making sure that you’re acting by them too. Making sure that you’re being the best version of yourself that you can be. And to be honest, it kind of comes naturally when you like someone, but there’s always room for improvement!

Just because you’ve found a good guy that ticks lots of boxes, doesn’t mean they’re “fully qualified.” It still takes time to fully get to know someone, and you definitely shouldn’t jump into a relationship too soon. On the flip side, they could be awesome in so many ways but things can’t be just one level deep. You have to have more than a friendship – that spark and chemistry clearly there. But at the same time, it can’t just be all about the physical attraction. There needs to be all this goodness behind it.

It’s a bit of a balancing act for sure. But if you find someone who’s giving you a lot and you want to give the same back – enjoy it! Give them a proper chance. Because that’s actually pretty rare. And you may well find, this is actually the start of something really quite special.

The Personal Development Bucket List For Self Improvement (100 Suggestions)