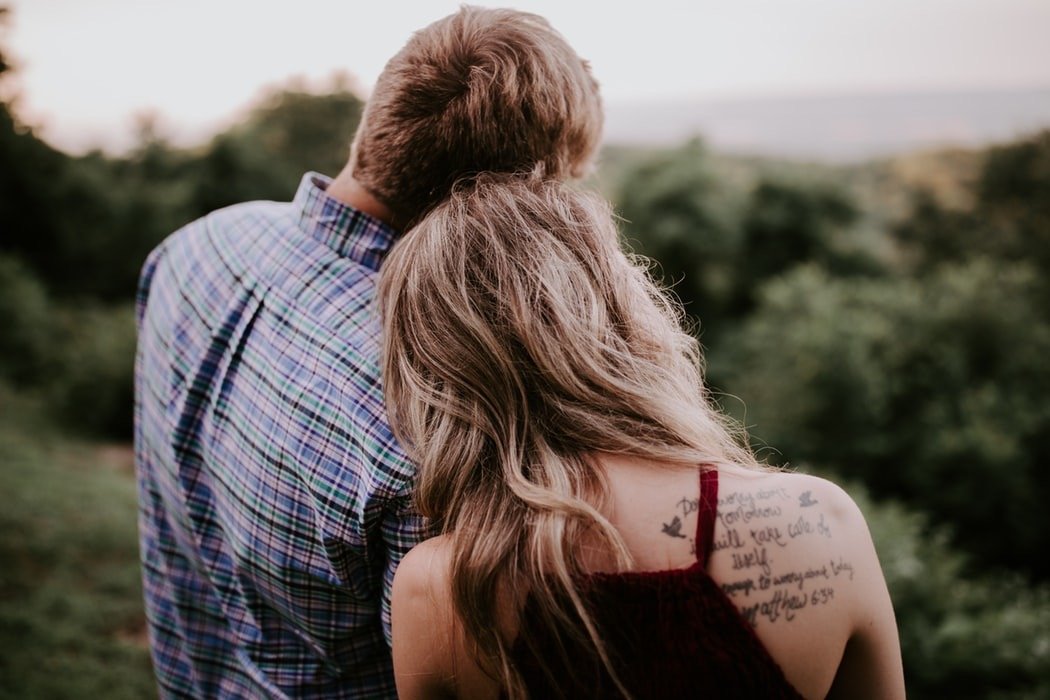 How To Deal With Rejection When Dating

How long does it take to get to know someone? And I mean, really know them? Because it’s easy to get blinded by someone – drawn in by the best version of themselves that everyone of course shows during the ‘courting’ or dating period. They make an impression, feelings start to come a little too fast and you start to paint a picture of who they are. Or who you think they are. And that’s the thing because there is often a significant difference between who you think they are and who they actually are. Plus, when you’re really looking for love – who you want them to be can fall into that category and the lines can become hazy there too.

Time of course is the biggest and best way to know what a person is really like. Then you can see if they just talk the talk, or if certain things don’t match up! Can you put a time frame of how long it takes until we fully know someone however? Well not really. It depends on the kind of person that they are, the kind of person you are, and a whole other bunch of factors. But we’re certainly talking years to get to know them, not months and certainly not weeks.

Are there other ways to tell how well we know someone? Well luckily, there are! So let me start with a little check-list that should get you thinking a little bit…

1) Are you able to list both their ‘best bits’ and their flaws?

This is important. Not because we’re trying to pick faults at them, but if you think they don’t have any or there are very few, this is a massive massive indicator that you don’t know them well enough yet. Everyone has both a mix of good and bad and it doesn’t mean that the bad are deal-breakers, but you have to be able to see them in order to have an accurate picture of them as a person. So before you fall head over heels for someone who seems to be perfect, take a step back! You’ve got a little more digging to do yet!

2) Can you see a development in both yours and theirs character?

People change, particularly as you get to know them more and they become more comfortable. Think about your past relationship and how you was when you first met them compared to how you were in the last couple of months. For better or for worse, there will always be a clear difference. So equally, if the relationship is progressing nicely with the person you’re seeing, there should be some comparison that you’re able to make.

Maybe when you first met them you were super shy, yet now – it’s difficult to get you to stop talking! On the contrary, he may have first come across as very jokey, charming, brave, etc. Yet you’re now able to see his softer side – or you know things that other people don’t because he let you in. Another good sign that you’re getting to know someone well is if you’re able to joke about it. “Remember when you did this…” Or “Remember when that happened. That nearly screwed us over hey!”

It’s shows the relationship is developing. You’re not trying to impress so much and can be both open and honest. Which also leads onto my next question…

3) Can you be completely yourself around them?

And I don’t mean so shamelessly so that you could do all the things you’d do if you were on your own. But you need to be on a similar level that you’d be with your best friend at the very least. After all – when you get into a relationship the friendship that the two of you share is just as important. If you feel like you’re holding certain aspects of your character back, ask yourself why. It’s not necessarily a bad thing, it probably just means you need a little more time around him or her… which is exciting in itself isn’t it? But until you can completely relax and let go, you don’t really want to look at things progressing to seriously. The same of course should be said for them too.

4) Has the person ever let you down?

Disappointment is avoidable. If you’re blinded by your own perception or expectation of who they are, there’s going to be that defining moment where they let you down and it’s only then are you able to see why and where you might have got things wrong. See, when someone lets you down, it doesn’t necessarily mean that they’re a bad person. It simply means that they’re fall short of the expectation you’ve put on them.

Now when this happens, they might not even see that something is a big deal. In fact, they could be completely unaware that you view it in this way. You then need to assess whether they stand by the same morals as you, or maybe your expectations were a little too high. It’s very dependent on the situation and what you stand for vs. what they do. But if you’re yet to experience any disappointments – you have to wait until they come. No matter how big or small, it’s a key learning curve!

5) Have you ever had an argument? And how does the other person deal with them?

At the start of a new relationship, the chances are – arguments are pretty minimal. (If they’re not, this in itself is a red flag. There shouldn’t be huge amounts of conflict from the get-go, just an adjustment period, that’s all!) However, the ones that you do have, should show you a lot about a person’s character – if you allow yourself to see it! It’s therefore important that you don’t bottle up your feelings or are afraid of conflict in case you loose someone. Arguments are inevitable at one stage or another and they will actually show you if you’re a good match.

Are you able to get things resolved? Can you communicate effectively? Can you both recognise when you’re wrong? Does this mean enough to both of you to work through any ‘issues’ and let go of them quickly? They may not be nice, but arguments really will show you a lot about the other person and how the two of you work. So if you’ve not already had any – know that they are something that will have to come before you can make a full judgement.

6) Have you overcome any challenges together?

Have you met the difficult family members? Had any run-in’s or complications with ex’s? Or perhaps something personal has been going on in either yours or the other person’s life, which you have then chosen to help each other through. Any obstacle, any hurdle – despite being difficult at the time – will tell you a lot about the two of you and the strength that your relationship already has. If you can face things together, that’s certainly a good sign!

7) Have you had those all-important conversations?

I’m talking about the things you want in life, where you see all of this going, the big things that really matter. Of course these conversations have to come at the right time, but actually – if you feel like it’s the right time to have them now and you’re not uncomfortable about it at all, that’s a very good sign! Actions do speak louder than words of course, or at least the words need to be backed up with some sort of reassurance or commitment. But you’ll figure things out as you go!

This blog post certainly isn’t here to put you off. It’s just here to give you a better sense of perspective and to try to protect you from any future hurt. There are a lot  of things the two of you need to go through before you fully know the other person. Which is why if you’re looking for something serious and don’t want to waste time long-term, you should always be wary before jumping into anything too fast. It takes longer than you think before you can see a person’s their true colours and full sides. It’s not about looking for faults or problems, but simply being aware of them so that you can see things how they really are.

Stop Chasing Men, Here’s What To Do Instead

Unfortunately, there’s also not a great deal you can do to speed up the process of getting to know another person fully… nor actually should you want to. This part should be fun and exciting! So don’t ruin that part by being paranoid or too intense. Talking of intensity, you do need to spend a lot of time with someone to fully get to know them, but you also need to spend time apart to enable you to reflect. When you’re with someone all the time, you develop tunnel vision. All you see is that person and life quickly revolves around them. What you think and feel and analyse about that person when you’re alone actually helps put things together as a full picture… which is what we want, right?

When you’re getting to know someone there will be moments where you feel completely aligned with them and just so seamlessly on the same page. There will also be times where they feel like a stranger, and maybe you’ll start to question certain things. This is pretty normal. It’s a process and it’s not necessarily linear. Regardless of this, don’t let the fear of not knowing someone stop you from letting them in. It’s something we all have to go through and so long as we’re aware that it will take time and consequently take things slowly, you can’t go too far wrong.

Like most things in life, there’s no guarantees. Love is a risk so equally investing your time in getting to know this person on a deeper level is not going to be risk-free. But it’s better to risk than regret, so take a chance! If you start to see any warning signs – don’t ignore them because trust me, it won’t make them disappear! You also need to accept people as they are, instead of trying to make them into who you want them to be. It’s not fair and it won’t work.

There is someone out there for you, and whether it’s the person you’re interested in right now or not – ultimately, things will work out in the end how they should. So keep doing your thing, enjoy the process and see how things develop. Subscribe below for more helpful advice and insights.

How To Learn From Your Past Relationship

How To Deal With Rejection When Dating