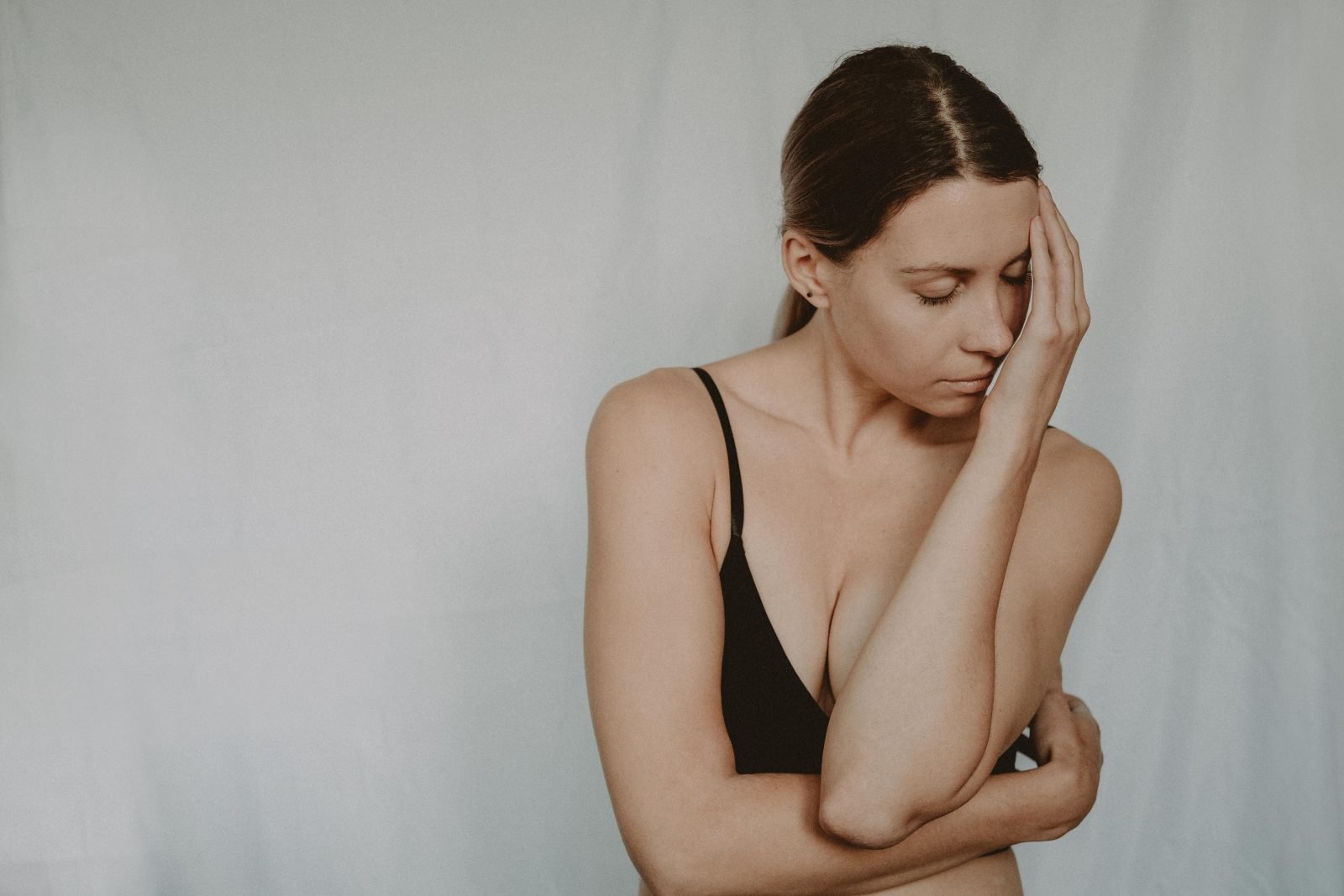 10 Signs You’re Ready To Move In With a Partner

Are you allowing yourself to feel your emotions? I mean really feel them? Can you sit with them, understand them and feel comfortable with the way that they’re making you feel? It sounds so simple, and your automatic answer may be “yes”, but carry on reading, because I think you may be surprised. So here’s how to feel your emotions…

How Do You Feel About Emotions?

Let me ask you something… how do you feel about emotions?

Let me give you a couple of examples of how you think you may be feeling your emotions, but actually – you’re not.

When the emotional avoidant gets a certain emotion triggered, they can’t cope. They run away from the situation, maybe they drown their sorrows, maybe they throw themselves into work – they do whatever they need to do and are used to doing to avoid feeling the emotions that they don’t think they can cope with.

So if – when dating – the relationship starts to progress and there’s ONE SIGN OF TROUBLE – you’ll run. You’ll leave. You’ll part ways, and give up, because quite simply, you cannot cope.

It doesn’t mean that you don’t care or there weren’t any feelings there. It doesn’t even mean that you may not regret it or miss the person, have “what ifs” – but you’ll certainly avoid thinking about it as much as possible from there on out, and remove yourself from the situation so that you remove the chance of feeling the emotions you’re afraid to feel, to truly address them.

On the opposite end of the spectrum, there’s the heavy hearter. With this, you feel things and you feel things hard – which is why you think you have no problems feeling your emotions and wouldn’t possibly need a guide on HOW to feel your emotions… Gee, you can’t get away from the things! Or so you think…

But that’s the thing. You feel things so intensely. You actually heighten your emotions until you reach the point where you CANNOT FEEL THEM ANYMORE… then you make a plan. A PLAN OF ATTACK – a plan for how you’re going to stop feeling them, or a theory which will give you the peace of mind to move on and let go from it… and fast.

Because that’s the thing with the heavy hearter – they don’t actually give themselves time to properly feel their emotions or sit with them. They act fast, are impulsive, are very much all or nothing.

An example of this one… Let’s say you have abandonment issues. The person you’re dating does something which makes you worry. Maybe their behaviour becomes inconsistent, maybe you get it in your head that they’re dating someone else and all hell breaks loose because – even if this may be perfectly reasonable at this early stage – you think it’s the end of the world. They’ve gone, you’ve lost them and you’re devastated.

The heavy hearter would jump to conclusions, feel this big time – feel it excessively even. They would blow it up, let all the emotions of that worse case scenario come pouring out, then look to move on, straight away.

They haven’t really sat with their emotions, they haven’t allowed the emotions to prolong – that’s why they’ve made them so much bigger than they needed to be, because sustained negative emotions is not something they can cope with.

Are You Feeling Your Emotions?

These are just a couple of examples. You may also find that you’re doing things like:

These are some of the key signs you have an unhealthy relationship with your emotions, and again, are all things that will stop you from really feeling them. And this is just touching the surface!

Could You Be Repressing Your Emotions?

If some of these things sound familiar, I highly recommend you jump over to this post because it sounds like you’re not just pushing away your emotions, but you could be going into the territory of repressing them. Click here to find out. There’s a process you can work through.

Because that’s the thing – so many of us are not even aware that there’s an issue. We don’t even realise we’re suppressing, repressing or potentially not allowing ourselves to FEEL. But…

Once you know what you’re doing, once you have that awareness and understanding – you can then focus on doing something about it. You can make the change.

How To Feel Your Emotions

So how do you get around it? How do you start getting into the habit of feeling your emotions? Can we build some sort of process for how to feel your emotions? Well, I happen to think so.

To make sure that you’re really feeling your emotions, whenever you feel emotion coming that you would usually try to avoid, I want you to instead, work through this…

Step 1: Sit With Your Emotions

First off, if you want to feel your emotions, you have to sit with them. Sit with them and feel comfortable. Feel them for what they are – nothing more, nothing less, and at this stage, don’t fuel them with thought.

When the thoughts that fuel the emotion come into your find, be aware of them, but don’t build them up. Acknowledge them then – in your mind – push them away. Gently push the thoughts away so that they begin to float off like a cloud, and instead get back to your core. Get back to how you feel.

You’re doing a little visualising here, it’s a relaxation strategy in itself which is great. So first off, allow yourself that time to do this. Get comfortable, close your eyes if you need and just FEEL.

Step 2: Recognise What Exactly You Feel

When feeling your emotions, you want to get clear on how you actually feel. Now there’s probably going to be multiple emotions, depending on the situation, but work through each one separately. Ask yourself:

See sometimes we can build an emotion up so high, make ourselves dread it so much, we actually stop feeling it – but instead, feel it deeper, feel it with more intensity than we need to feel.

This is why you have to push everything you “know” aside and just get back to you. You can make it as big, strong and as powerful as you like – but equally, you can also make it less so. You can take it back to what it actually is… nothing more, nothing less.

Step 3: Understand The Thoughts That Fuel Them

Now, at this point, once you’ve done the first two steps, you can then revisit the thoughts behind the emotions.

Please note – at this stage, we’re not looking at them in order to challenge or change them, we’re just understanding them.

This is all that this exercise is about – understanding your emotions and being comfortable with your emotions, whether they’re “right” or “wrong” or not. Whether you “should” feel that way or not. It’s not about that – it’s about how you actually feel, how you truly feel and what that feels like to you.

See, the problem is with thoughts – they aren’t always accurate or true. They can make you feel certain ways, when – if you thought in a different way – you would feel a different way.

But you can’t truly shift your thoughts until you understand them which is why you have to sit with them, acknowledge them, but not give them anymore power than that.

RECOMMENDED: To begin with, and particularly if you’re finding this difficult, practice writing these things down. Writing is a great way to process your emotions and therefore feel them.

What To Do When Someone Treats You Badly

The process stops there, because the purpose of this is to do nothing more than feel your emotions. There’s heaps you can do following it.

In fact, the more aware that you are of your emotions, the better you’re able to process them and consequently, the easier you can work through them.

You can take back your control, you can do anything from here but you must, must, must be able to know how to feel your emotions properly.

Why You Have To Feel Your Emotions

Wondering why this is so important? Why you have to feel your emotions? Well because when you don’t – they get buried inside… They linger, they foster, they grow, and I promise you – they ultimately end up resurfacing.

Whatever emotion you’re avoiding, relating to whatever issue, you can’t stop it by pushing it away. And you know this… that’s why you may feel like the same things happen over and over again. You’re not facing up to it and so it’s coming back.

You have to know how to feel your emotions so that you’re able to sit with them, feel them, get comfortable with them even. Because once you’ve fully digested them, then you can start to process them and release them.

It’s a key stage, a stage you can’t avoid. And yes it’s uncomfortable, yes it’s unpleasant. It’s even more unpleasant because you’ve been avoiding them for so long. But you have to be brave, you have to face up to them.

You give power to your emotions when you are unable to feel them… they become bigger and scarier than they really are or really have to be. They become this thing you’ll try to avoid at all costs and it’s damaging, so damaging.

When You Feel Your Emotions You Become Stronger

Every time you feel the emotions you don’t want to feel, every time you sit with them, I want you to remember that although this is hurting – it is also helping. Every second, every time, you’re getting one step closer to making it go away. You’re strengthening yourself.

It’s like when building physical muscles – it’s HARD lifting those weights. It’s PAINFUL but you have to do it, otherwise you won’t become stronger. Gee, when you first started, I bet it felt like HELL – all those heavy weights. I bet you wondered if you could even handle it at all. But the longer you hold it, and the more familiar you become with holding it, the easier it becomes.

Each weight makes you stronger, builds you up until gradually – you can handle more and more. The weights that once used to drag you down, make you tumble over, they don’t do that anymore. There actually even becomes a point where what was once a struggle is almost pain-free.

And feeling emotions gets easier like this too. Of course we all wish we could avoid them – but it’s not possible, unfortunately. So instead of fighting them, you have to face them.

So when you feel like it’s all too much, know that it’s not. Know that you have a lot more inside you than you even realise. And I know it’s tiring, I know it feels like a constant battle but if you run from your emotions – you’re only strengthening them and prolonging them.

So good luck. Hope this helps and has made sense. If you’re still struggling, just give me a shout. We can explore it further together.

10 Signs You’re Ready To Move In With a Partner