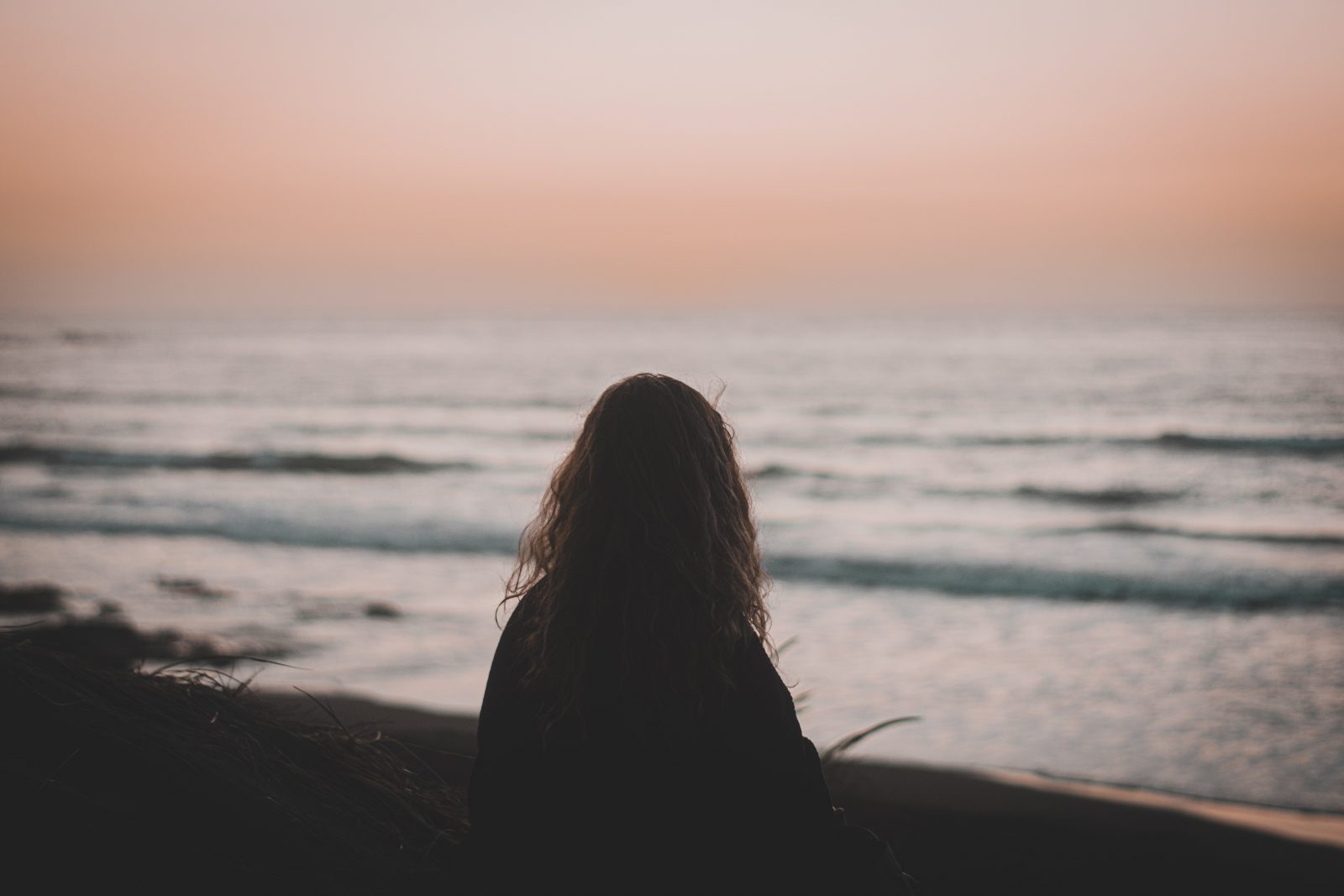 Resentment kills relationships. Or if it doesn’t kill them straight away, it creates a hell of a lot of toxicity before eventually pulling the two of you apart. It might be resentment coming from both sides, an accumulation of everything just building up. Or it could be resentment that one person feels towards the other, over one (or multiple) negative situations. Either way, resentment has to be destroyed, in order to give the two of you a chance of survival. So what do you do? Here’s how to let go of resentment in a relationship…

In order to understand how to let go of resentment in a relationship, we must first be clear on what exactly resentment is.

See, resentment is a pretty complex emotion. It’s a mixture of disappointment, disgust and anger, usually caused when something happens that you don’t think is right. You’ve been treated unfairly, there’s an injustice in a way and you’re struggling to get past it.

The thing is, as Nelson Mandela so rightly said, “Resentment is like drinking poison and then hoping it will kill your enemies.” It’s not a healthy emotion to foster and therefore not only benefits your relationship to work through it, but also you – and your own sanity if you’re feeling it.

What Causes Resentment in a Relationship?

Resentment can come quite easily in a relationship. The most obvious cause of resentment is unfaithfulness – when one person cheats on the other, or betrays their trust in a similar way – and it’s then difficult to let go of. Resentment can also be caused by:

There are no end of reasons for what could cause resentment in a relationship. Some things are bigger than others and therefore faster / easier to solve. Regardless of this, there’s still a fundamental process you can follow to work through it.

How To Let Go Of Resentment In a Relationship

Relationships are meant to be even. No-one should be beholden to anyone else, and it doesn’t give you the upper hand. If you’re feeling resentful towards your partner, and you don’t like it, you first need to look at…

Why am I feeling resentful? What has happened which has made me feel this way? Get clear on the situation. Get clear on how it made you feel. Was it just one thing, or multiple things? Was it the situation itself or how it was dealt with, what the response was?

If there are multiple things piling up on top of each other, try to address each issue separately and work through the following questions for each one, as opposed to grouping it altogether…

Next up we need to look at if our feelings towards this cause are actually justified. And this is so damn important.

Be honest with yourself. Speak to your friends / family to get second opinions if you need (although only ask those who are going to tell it to you straight – not just automatically take your side.) See the truth of the matter here. See how you play a part in it. Really try to see the bigger picture here.

Is what your partner has done really bad? Or is there a possibility you’re being unreasonable / feeling it harder than you have to? Does his / her behaviour fully justify this reaction, or is it something that can be dealt with maturely and then moved on from? This leads me onto my next question…

3) Is It Worth Holding Onto?

Okay so let’s say your feelings are pretty justified, then ask yourself – is it really worth holding onto? Life is short. No-one is perfect. If you’ve had conversations around it, your partners apologised, has tried to make amends – then it’s then down to you to decide if you want to forgive him.

Just remember, you’re probably not flawless in all of this either. If it’s down to a betrayal – okay, that’s a different story. But if this resentment is due to something else, think about how your actions may have contributed. Do you always communicate with your partner in the right way? Have you been on your ‘best form’ towards them? Also consider if you’re LOOKING for flaws – not purposely – but you’re frustrated and are nit-picking, jumping on everything negative that you can because you’re feeling frustrated.

I’m such a big believer that things aren’t always black and white, and we can solve many problems or overcome different things by first starting by looking within.

Take a step back for a moment. Assess the relationship as a whole. Remember where you were at when you were your happiest and what changed to take you from there, to where you are now. Could you get back there? In many cases, yes. This leads me onto my next question…

Not do you want to get past it, because that’s a different thing and was covered in the step above. Instead, we need to assess if you physically think you can get past this. Would you be able to let it go? And are you prepared to let it go? Is this all just too far gone now? (Hopefully not, but you need to be honest with yourself.)

Sometimes choosing to leave can be just as hard as staying. But you have to do what’s not only best for you, but the both of you. If your relationship has become toxic as a result of the resentment, it’s going to really start causing some damage if you’re not careful.

5) What Will It Take For You To Be Able To Get Past This?

Last but not least, we’ve made it onto step 5. Here, it’s all about looking forward, thinking of solutions. It might take a little trial and error, but don’t give up if the first thing you try doesn’t work straight away. Be open minded.

It might be something as simple as actually talking to your partner to fix the problem. Perhaps you’re feeling resentful over a situation you didn’t like, but you’ve not spoken about it properly, which is why it’s now festering inside you. In this case, an open, honest, productive conversation is all that’s needed to do the trick… and conversations like these should become more natural / normal to you if you want to strengthen your relationship and avoid resentment in the future.

On the flip side, maybe your partner messed up and he / she has got work to do to re-build your trust, or make things better again. (Not an ideal situation, but workable if the wrong-doing was not too severe.)

You may also just need a little time here. Perhaps what’s happened is not a massive deal in the big scheme of things – you know that – but it touched a nerve with you because of your past experiences, and so you just need a little time to better process things, before you can move on from it. In this case, you can speed up the process by being proactive and working through the things you need to, to change the way you feel. Read up, talk to a professional, don’t just sit on it.

Work Through This Process

Really take the time to work it all out. Understand where you’re at. And discuss it with your partner too. You should have a mature, open and honest relationship, so naturally you should be able to speak to each other about stuff like this.

Either way, if you want to let go of resentment in a relationship, this is a great process to work through because it gets you thinking both rationally and reasonably, from both sides. Just know that you need to work through it. You can’t just let things simmer and hope that it will go away.

There’s no place for resentment in a relationship…

So get clear on what’s going on here, fully understand where this resentment is coming from (and why), then take the action that’s needed to be able to move on.

And if for any reason you can’t move on, if you’re feeling this way because things just aren’t right, then unfortunately – like we said above – you may need to re-evaluate the relationship and whether it’s still ‘serving’ you. Because if it’s not, staying in this wrong relationship is only delaying the inevitable and prolonging your pain too. So really think about things here.

Some Final Food For Thought

Always try to put yourself in your partners shoes. If you’re feeling resentful towards the way they’ve acted, try to see WHY they might have acted that way. Talk to them about it too, only this time – REALLY LISTEN to what they’re saying. If you can understand things from their side, you’ll start to build empathy which will replace your feelings of resentment.

Resentment fosters when you don’t feel connected, both emotionally and/ or physically, so make a conscious effort to let go of the anger and get that closeness back.

Communication is key here. Working together as a team. Caring not only about yourself, but the other person too.

Stir up some pain around the situation – not pain for yourself, but pain at the fact that you’re in this situation. If you want to make things work, make fixing things a priority and don’t just push all the responsibility on your partner to ‘make things better.’ Do the things that you can do to work at this two, and you’ll then build the relationship back stronger than ever before, but do it together.

Get to the route of the problem, discuss the solutions and then take action, doing the things you know you both need to do to get past this.

Don’t give up on a relationship just because you’re going through a rough patch. Do everything that you can to work through it. Then, if you’ve tried – and I mean really tried – giving it your absolute all, then at least you know that when you walk away, knowing you’ve had no other choice.

Good luck anyway! I really hope you can work through your issues. For more advice and guidance, subscribe to this blog below. If you’re stuck in a tricky situation, you can also gain personalised advice through the ‘Ask Ell’ section on this blog. Click here for more details.

How To Accept The Things You Don’t Want To