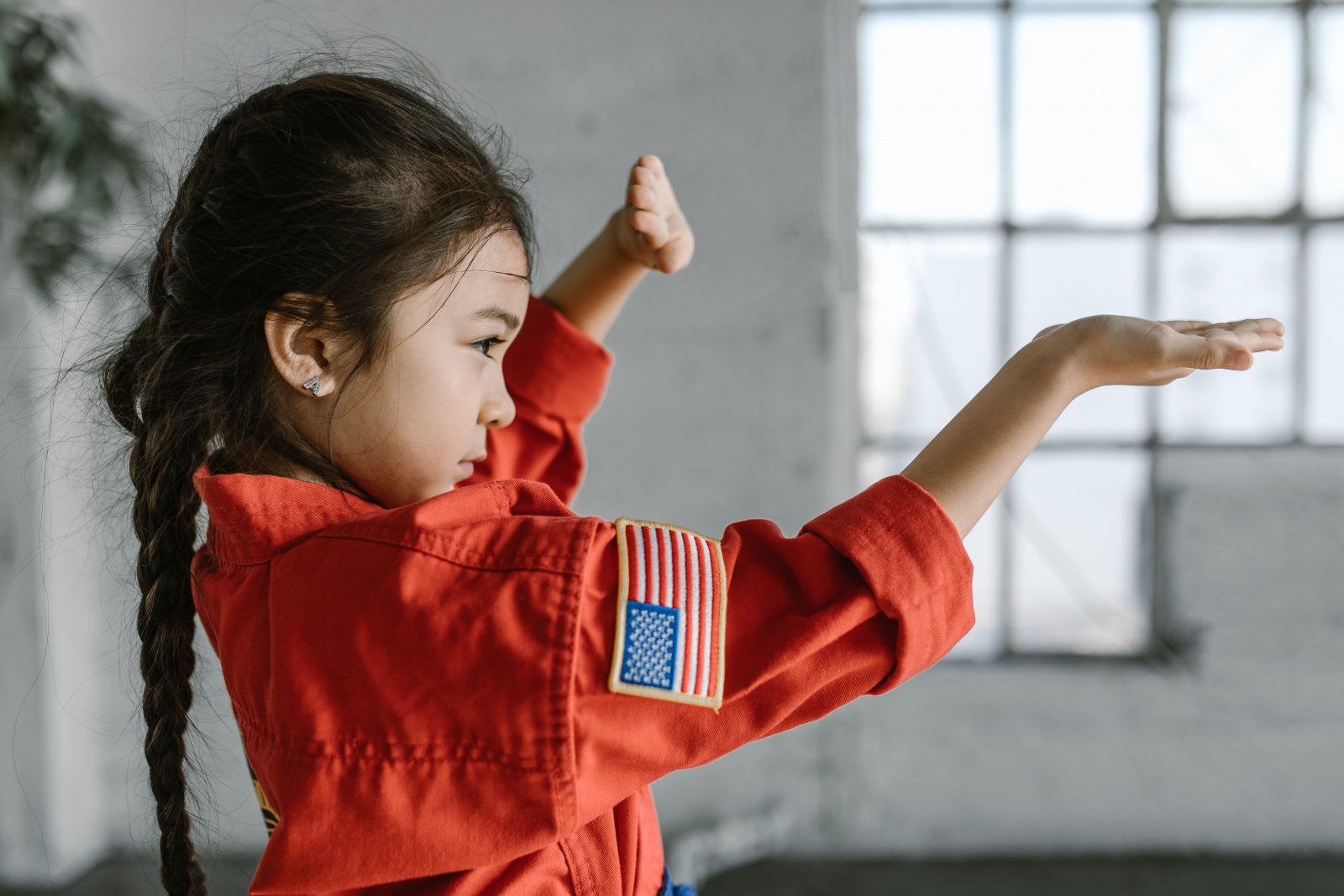 What To Do If You’re Scared Of Catching Feelings

Ghosting: it happens to the best of us, truly it does. But then comes the questions of, should you reply to someone who has ghosted you? And if so, what do you say to someone who ghosted you? It’s a tricky one, isn’t it? But FEAR NOT. In this post, we’re going to get to the bottom of how to respond to ghosting – to leave you feeling strong and empowered. (They will not knock us!)

How To Deal With Ghosting

So we spoke here about how to deal with being ghosted – what exactly ghosting is (and what it’s not), the different levels of ghosting and then how to mentally and emotionally pick yourself back up.

Before you carry on with this post, I highly recommend reading this post as it will influence the way that you respond to a ghoster. (Some of these responses are going to be more suitable than others, you see, depending on your situation.)

Once you’re clear on that, once you’ve got your head in the right place, then comes the question of how to respond to a ghoster – what do you actually say, if anything at all? Well my friends, we’ve got you covered. Let’s jump in…

How To Respond To Ghosting

So what do you do? How do you respond to ghosting? Well, first off, you need to accept that you’ve been ghosted.

If you’ve sent the last messages, are consistently being ignored after speaking to this person consistently before – then don’t make excuses for the person. Don’t think of other reasons why it could be. Simply accept it.

From there, you then have two choices…

1) Let Your Silence Be The Response

So first up, you could respond to ghosting by choosing to not respond at all.

You’re not lowering yourself to their level, you’re simply no longer investing your time in them anymore because they’ve proven they neither value nor deserve it.

I mean, think about it – yes you could up with some boss message, or even just send one last sly little diggy message… but what good does it do? Really? And would it actually make you feel any better? Probably not.

It also takes away from your time. You have to think what to write, be happy with what you’ve written (if you’re a perfectionist, you’ll probably go over and over this a few times before actually going with it too!)

Then if you’re going to wait around for a reply or secretly hope they will come back with something apologetic then you’re STILL putting the ghoster back in control. This will only set you up for disappointment.

So, sometimes it’s better to brush it off, let it go and walk away. Walking away without a word can also often be more powerful than if you were going to say something. So it’s definitely worth thinking about.

Should You Block a Ghoster?

Should you block someone who ghosted you? I say yes. Absolutely. Especially if you’re going for the response of saying nothing to them at all. At the very least, at least unfollow them on social media.

(This is presuming that you don’t want to try to get a response back from them and are definitely done with them for good!)

They’re out of your life. You don’t want them popping up. This also puts you back in control and gives the finality around the situation that is often missing when it comes to ghosting.

When you block a ghoster, you know you’ll never have to hear from them again. You won’t be waiting, you won’t be wondering. It also gives you the last word, without even any need for the words. HELL YES!

If you feel like you need to say something to the person who ghosted you, if that will make you feel better to do this – then do it. After all, this is actually for you – not them.

Just make sure that if you do sent a final message – it really is the final message. And like we said above – it’s also a good idea to make it final by then going on to block them instead of hoping that it will re-open the conversation.

Sending a final message can help you to get things off your chest, and “address” something that you believe isn’t right. This gives you strength, closure and a sense of finality.

For this reason, you aren’t sending a final message to have “had the last word”, to put them in their place or gain the upper hand. Instead, it’s all about doing what feels right to you and using this as a way to let go and move on from it.

You’re closing the door on that chapter – no matter how much or how little the two of you had. That’s all.

What To Say To Someone Who Ghosted You

But what do you say to someone who ghosted you? Should you keep it short and sweet? Should it be witty or heartfelt? And what about opening up – should they know that this hurt you, or should you be playing it cooler?

Well, I think that’s one of the things – this isn’t a game. When someone ghosts you, it’s weak. It’s immature. They’re playing with your heart and that’s not cool. So don’t put yourself on their level.

Instead, keep it straight to the point. Be honest – yet not rambley. Share your feelings, but don’t go too heavy. In fact, to make it easier to know how to respond to someone who ghosted you, let’s set out a few “rules.” First though, let’s quickly consider one more option…

What If You Want To Keep The Conversation Open?

Well this goes back to the degree of ghosting. In this article we’re going off the fact that they’ve been rude to you, have cut you out and it’s therefore the best option to cut them out. If for any reason you think it is actually something worth pursuing one last time, you can either:

What you can say to get that final response? Well, the best thing I can say is to keep your message light and breezy. Here’s a few sample messages for you…

“Hmm seems like your phone’s been dead for three weeks. I have an extra charger if you need to borrow it.” / “Well haven’t you just completely disappeared! Is this it now or are you planning on doing a little resurrection? ;)”

Straight To The Point:

“Okay, so I’m just going to take this as you’re not great at texting. Want a call, or to grab a drink? If not, that’s fine. Just thought I’d give this one last shot. I’ll leave it with you…”

“I really enjoyed our last date but there certainly seems to be a change in how you’re responding now. If you’re not feeling it, I’d appreciate it if you was just honest. If you are, and you want to do something again, then just let me know when.”

Rules For Texting Someone After They Ghosted You

If you still get no response from your last effort to reconnect with the ghoster, or if you decided that – actually – they don’t deserve that last shot, then here are your “rules” when it comes to texting someone after they ghosted you…

It will end up in you saying things that you either don’t mean, or really shouldn’t say. Not necessarily because they don’t deserve them – but because it’s not you. And you don’t need to be rude and insulting to get your point across.

2) Don’t make it too personal.

You don’t want to send a tear-filled message, pouring your heart out. Why? Because quite simply – I highly doubt they will care. And really – it doesn’t matter anymore anyway.

What matters is getting off your chest the key points of WHY it hurt you, or WHAT you think about it… you don’t need to go into depth of the specific wave of emotions that they’ve now caused. Stick to the point.

Keep it focused on the situation, as opposed to you and how you feel.

3) Keep it short but sweet.

By keeping your response short but sweet, you’re going to make your message far more powerful. Say what you need to say – nothing more, nothing less. Job done!

Sample Texts To Respond To Ghosting

So you have a better idea of how to respond to ghosting now – which is great. But if you’re struggling for the opening lines, are unsure how to start your message or want something smart and strong to include in your text, then this is going to work a TREAT! Here’s some sample texts to incorporate in your message…

So there’s a bit of copy to get you started anyway. This rounds up how to respond to ghosting. I really hope it helps. Just remember…

Ghosting is nothing to take personally. It’s no reflection on your value or your worth, and it really does happen to everyone at one point or another.

So hold your head up high. Be proud of how you’ve dealt with this and keep looking forward!

What To Do If You’re Scared Of Catching Feelings

How To Gain Closure After Being Ghosted

Ghosting: How To Deal With Being Ghosted