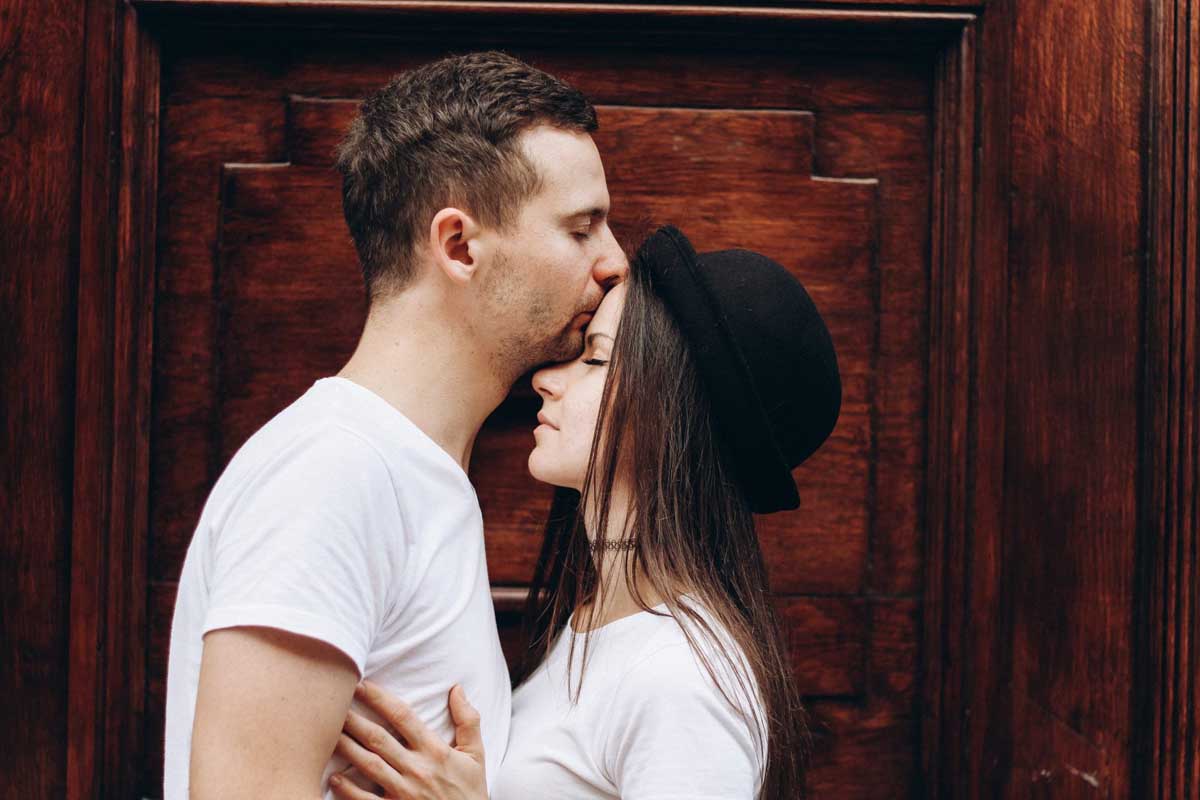 You’ve Caught Feelings, I Get It. But It’s Okay If It Doesn’t Work Out

So you’ve met a really great guy, the connection is there, the feelings are starting to develop. Could he actually be the one? Well hold up just a minute, okay? We need to slow this show down just a touch and make sure you’re not getting whisked away. Are you seeing him for who he really is? Or who you want to be? Because it’s easily done, so easily done…

Are You Seeing Him For Who He Really Is? Seven Key Signs You Might Not Be…

If you want to know if you’re seeing the guy you’re dating for who he really is, and are actually fully accepting of that, I want you to have a read of the following statements and see how many ring true to you. Be honest with yourself. This doesn’t have to be make or break. It may just call for a shift in your expectations or behaviour. Or, a change in direction for where you two are heading. But first up you need to establish where exactly you’re at. So let’s jump straight in…

No-ones perfect, but with this guy, you find it almost impossible to find any flaws. Sounds too good to be true? Well, I’m sorry to break it to you, but it probably is! Before you get too swept away, you need to slow things down a little and get to know him properly. (Because it takes more time to get to know a person than you may think. Here – have a read of this if you don’t believe me!)

And hey, just to be clear here, I’m not saying that what you’re going to find out about him is going to be a deal breaker. Like, he’s a serial cheater with two wives and a secret fetish – ha! No. I’m just saying that in order to see him for who he really is, you need to be aware and accepting of his flaws, as well as all of the things that are making you fall for him. But this is something that only time can really show so you’re going to have to be patient with it!

2) You’re Falling For His Potential

So let’s say you do know him pretty well, and that means you know there’s things you’d like him to change, and probably things he says he wants to change too… Which is all fine and well, but the question you need to ask yourself here – is it enough if he stays the same? Would you still love him and be happy with him long term with him as he is right now?

Many people change – they develop, they grow. But not everyone. So you can’t fall for a person based on who you THINK they are deep down, or who you want them to be, or think they will be eventually. You should only go into something if you can be completely happy with them at this moment in time and see a future with them – regardless of their ‘flaws’ moving forward.

What you basically need to ask yourself is, are their imperfections deal breakers to me? There’s no right or wrong answer. It’s just based on what you know is or isn’t important to you.

3) You Just Want To Help Him

You know his flaws, you know his potential and as you go into this, you can’t help thinking about how you can help him. How you can make him be a better version of himself. It’s almost like he’s a project! But you can’t hand-craft your dream partner.

Yes he has things he can work on, yes he has a hell of a lot of potential, but if you’re thinking about how you can change him – this is a major warning sign and you’re going into it all wrong.

We should bring out the best in our partners, we should also be there for encouragement and support. But you’re not there to ‘fix’ what is broken or improve someone so much so that the end result would actually just pretty much turn them into a different person!

If you’re trying to do this, you are seeing him for who he really is, but you’re not accepting it. This is something that has to come from HIM – not you. And if there are things that are important to you, and he says they will change, give him the opportunity to prove that to you himself. Don’t push him. Just wait and see.

You’ve had some pretty good times together so far, but when he’s on your mind, it seems to be more about thinking about the things you would love to happen, rather than the things that actually have.

You’re dreaming about the plans you’ve made together, the pictures you’ve got in your head about how things will be. Which is fine – but you can’t forget about where you actually are now and what is real.

Sometimes we can fall in love with the idea of falling in love. We can make things so real in our head that we actually feel like we’re experiencing it. So stay present. Enjoy what’s actually happening. Because you might actually find, that it is more than enough as it is and you’ll end up missing all the simple little joys that are already there.

Things will be better when… Everything would be good if… It could be the things he does, the way he acts, a change in a certain situation, something you wish could change that actually you can’t.

You feel like there’s always something that’s standing in your way of being completely happy with this person. But love shouldn’t be hard. It shouldn’t be a battle from the start.

So if you have these niggling feelings, don’t ignore them. They’re trying to tell you something, and it could just be that this guy just isn’t quite right for you. Even if you wish he was. Remember, you can’t force things.

Everyone teaches us something about who we are and what we want, so this could just be a great learning curve and a little chapter in the story that is our life!

6A) You Don’t Really Listen To What He Says

And I don’t mean when he’s talking. You have great conversations! But you don’t really take in the things he’s saying, that you really should.

Like when he says he’s not really that fussed about traveling, but – because you are – you just presume he’d be open to it. Or when he says he doesn’t know what he wants… But the two of you get on so well, surely he will change his mind? You’ll be the one to ‘tame’ him and encourage him to settle down?

Maybe, maybe not. But you can’t then be surprised if things don’t go the way you thought they would if you haven’t listened when he’s said otherwise.

It’s like when a guy says he’s not good enough for you… maybe he’s telling the truth?

6B) You Don’t Listen To How He Behaves

On the flip side, he could just be telling you what you want to hear.

The 10 Best Questions To Ask a Guy When Dating

For example, the guy who moans about his job but does nothing about it – not looking for a new job or exploring other avenues that he’d potentially enjoy more. Or the guy who says he wants to stop drinking so much, yet still chooses to go out with his friends twice every weekend. Yeah right!

Actions speak far louder than words. It’s easy to talk the talk, but is he really delivering? Is he really backing up what he’s saying by what he’s doing? Think about it…

7) You Find Yourself Making Excuses For Him

If you’re not seeing him for who he really is, you’ll find yourself making excuses for him. Having to justify his behaviour, when you shouldn’t even need to.

“Oh, he’s just so busy. He doesn’t have time to text me back, or put the same effort into messages as I do.” “Yeah, he bailed on our date but that doesn’t mean he’s flakey – work cropped up, he can’t do anything about that. But no, no he didn’t make other plans to rearrange – probably didn’t want to overcommit and disappoint me.”

Sounds familiar? Then girl, you’ve got to remember your worth. Yes, you can’t put unreasonable expectations on a person, and sometimes you should give people the benefit of the doubt – but if you keep tolerating the way someone behaves, when you certainly wouldn’t do the same to them – it’s probably time to take a step back and see, not only who this person really is, but how the way they’re treating you isn’t right.

Are You Seeing Him For Who He Really Is? It’s time for you to decide…

Hope this has helped. For more dating support and advice, scroll on down and subscribe below. I’ll then drop you an email once every couple of weeks with the latest posts that I think will really help you. Single life can be tricky to navigate, but there’s plenty of people with the same struggles as you, I promise. And the more you learn about yourself, what you want and the habits you have – the easier it will all become.

You’ve Caught Feelings, I Get It. But It’s Okay If It Doesn’t Work Out