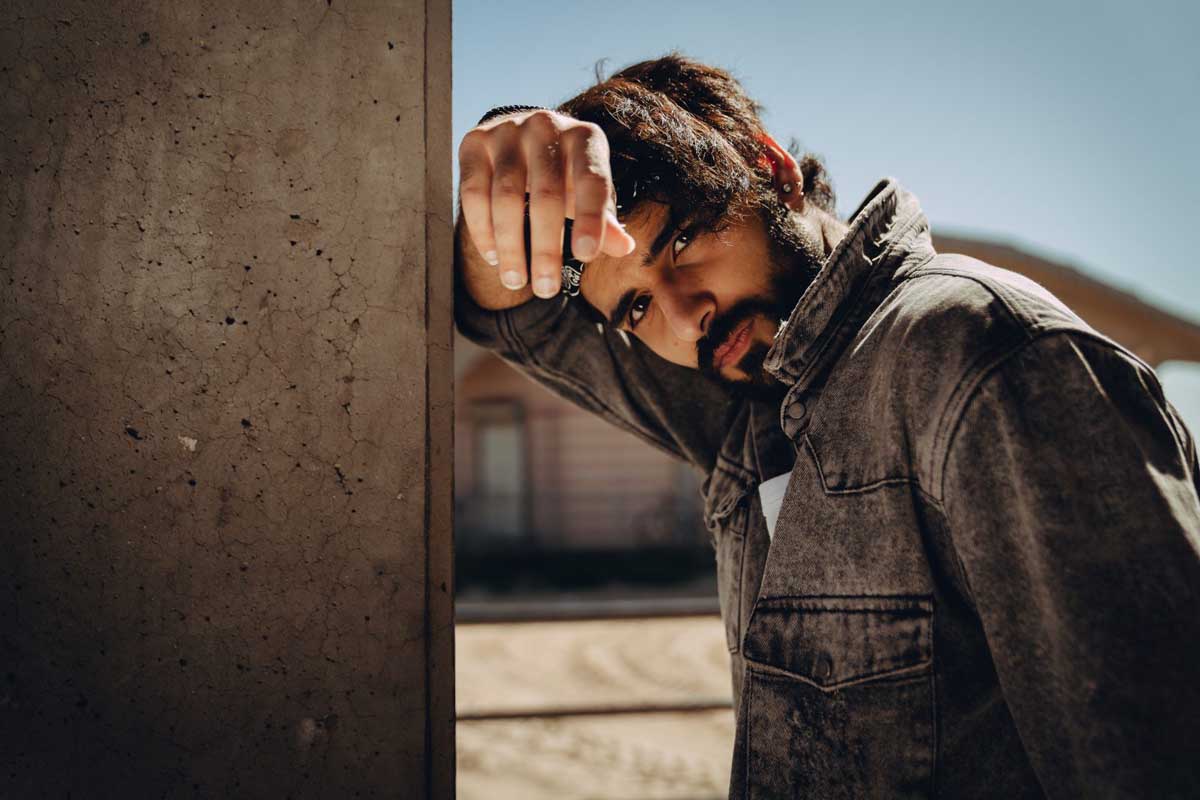 How To Start a Conversation With A Stranger

Right ladies, it’s time to make sense of some of our bad dating decisions… like falling for the wrong people, dating the bad boys, the “players.” I mean, what’s with that? They’re the ones who are most likely to mess you around, the ones who aren’t even looking for something serious – so why do we go there? Why do women want bad boys? In fact, why do women fall for bad boys when they KNOW – deep down – it’s a recipe for disaster?

Well, let’s be fair – we can all slip into the trap of thinking we can be the one to “change them”, TAME THEM even – make them want to settle down. We think that’s what they want. We think that…

Inside every bad boy, there’s a good guy, just waiting to meet the right person…

And we think maybe we’re that person – after all, they make us feel so special! But don’t be fooled ladies. He will only change, if and when he wants to change, and – usually – it actually has nothing to do with you, or anyone else he meets for that matter. So my friends, it’s time to start seeing things clearly again!

What Is a Bad Boy?

So first off, what is a bad boy? Well, the bad boy is a cultural archetype that is variously defined, and is often used synonymously with the historic terms as “a male who behaves badly, especially within societal norms.”

Common Traits of a Bad Boy

To better understand what a bad boy is, let’s run through some of their traits, to build up a better picture. So typically:

Why Women Fall For Bad Boys

A lot of the traits of the traits are a bad boy are the REASONS why women fall for for bad boys in the first place. I mean, look at it this way…

The thing is, they’re partly just a fantasy – a fantasy because really, you’re falling for the potential of them, the hope that you have of them evolving.

Okay so, we get it – we know there’s ampler of reasons why women fall for bad boys so easily. It’s not hard to understand. But what about why women want bad boys? Why is there that strong desire there, when deep down, we KNOW they’re bad news? What’s with that? Well, a few things come into this.

We want what we can’t have. We also want what others want because we then see that as more “desirable.” Whether it’s accurate or true or not, popularity comes into desirability – not even just with people.

I mean, think about something like COFFEE! When you first tasted your first cup of coffee, did you like it? Most probably not. It tasted harsh and bitter. But it was the in-thing. Everyone drinks coffee. It would actually be out of the norm if you never touched the stuff – so you stuck with it, and hey – now you rely on that caffeine fix every morning, even if it’s not necessarily good for you.

The thing is – anyone can drink coffee. When it comes to bad boys, not everyone can “have” them. As much as we may feel like we DON’T like it, women too, can become just as addicted to “the chase” as men. There’s this allure. This sense of excitement. A challenge. This relates fairly closely to my next point too…

2) They Entice Our Sense of Rebellion

We’re all attracted to qualities in others that we ourselves wish we have – and bad boys have a LOT to desire! The undeniable self-confidence, the fact they’re unapologically themselves.

They’re also strong, independent, FREE! It’s alluring. So often we can fall into routines, get overwhelmed by our responsibilities, feel like we have to follow a set path, be compliant. A bad boy destroys all of that.

So YES, they may be bad for us, YES we may know that it (most probably) won’t be long term… but that doesn’t stop us from wanting them. The problem then arises when feelings start to develop, and you fall for them without even intending to do so. That’s when the heartache starts to come.

But up until that moment, you think you’ve got a handle of it. You think it “won’t do any harm”, but boy are you wrong. It can then become so easy to get stuck in the habit of wanting what’s not good for you, and that can be pretty hard to break or grow out of.

3) It’s Also Down To Biology

There’s other things that come into this though ladies – other reasons why women want bad boys, and that my friends, is actually out of our control.

See, research shows that “men with very masculine traits may have better quality genes, which is why women are actually often naturally attracted to them on an unconscious evolutionary level.”

Crazy huh? And apparently, the attraction is even worse when our hormones are running high.

Uh, thanks for that, body!

For this reason, there is a natural draw to bad boys. HOWEVER, we cannot forget all the things that are important when looking for a life-partner (and not just the potential “quality” of a man’s sperm!)

Not All Bad Boys Are Actually Bad

They’re different to players. With players, it’s just a “numbers” game. For this reason, it’s often them trying to pursue you. With “bad boys” however – they don’t try so hard, nor do they have to. In fact, that’s one of the things that makes you want them even more. They’re still emotionally unavailable in many ways but when they do show you a little bit of vulnerability… well, that just pushes you over the edge!

The thing is, they are still real people. Real, but not necessarily right. Not necessarily in the place where they want the same things as you, or can give you everything you need in a loving, trusting and healthy long-term relationship. For this reason, there comes a point where you have to look go.

Flirting By Teasing: Why Teasing Is a Great Flirting Technique

I mean, think back to high school… The bad boys you used to crush on then, where are they now? Well, most of the time, in the same place, if not worse.

They end up being the low-lives, the wasters, the ones who stay in the same place their whole life, get into a lot of trouble and sure – can still charm their way into bed with a lot of women – but I guarantee they don’t have the same appeal NOW as they did back then.

Grown up “bad boys” are just as bad. In fact, I bet if you were to look back at where you’re at right now, ten years time from now, you’d see just how overrated they are – just how far they are from giving you what you want, from being all that you need.

If you’re at a stage in your life where you’re ready to settle down, a bad boy won’t ever give you that. Well, we’re generalising now, but 90% of the time it’s true… And even if you can turn a bad boy around, will you be the happiest that you can be? Probably not.

Bad boys often create uncertainty, insecurity, self-doubt, lack of trust. It’s not healthy. The “thrill” of the bad boy really doesn’t outweigh the cons – you just need to know that and believe it.

“You’re not a rehabilitation centre for badly behaved men. It’s not your job to fix him, change him, parent or raise him. You want a partner, not a project.”

Agreed? AGREED! So here’s to saying GOODBYE to bad boys, and hello to the just-as-alluring genuine, decent guy, who has actually got his life together, and – most importantly – is ready for YOU!

How To Stop Falling For The Wrong People

So what do we do? Well my friends, I’ve done a follow up post on this here for how to stop dating the wrong people. It will run through EVERYTHING you need to know and do to steer well clear from bad boys in future, whilst still finding people who excite you!

Some other recommended reads I think will really help you out:

Uh huh, I’ve written about all of this quite a lot, because, well, let’s be fair – it happens so easily and so often! But, the good thing is, all hope is not lost. Once you’ve swatted up on a bit of extra knowledge, it will make dating so much easier… and far more enjoyable too. (Just you wait and see!)

That’s all for this one. Hope it’s helped.

The Singles Bucket List: 100 Things To Do When You’re Single

How To Start a Conversation With A Stranger