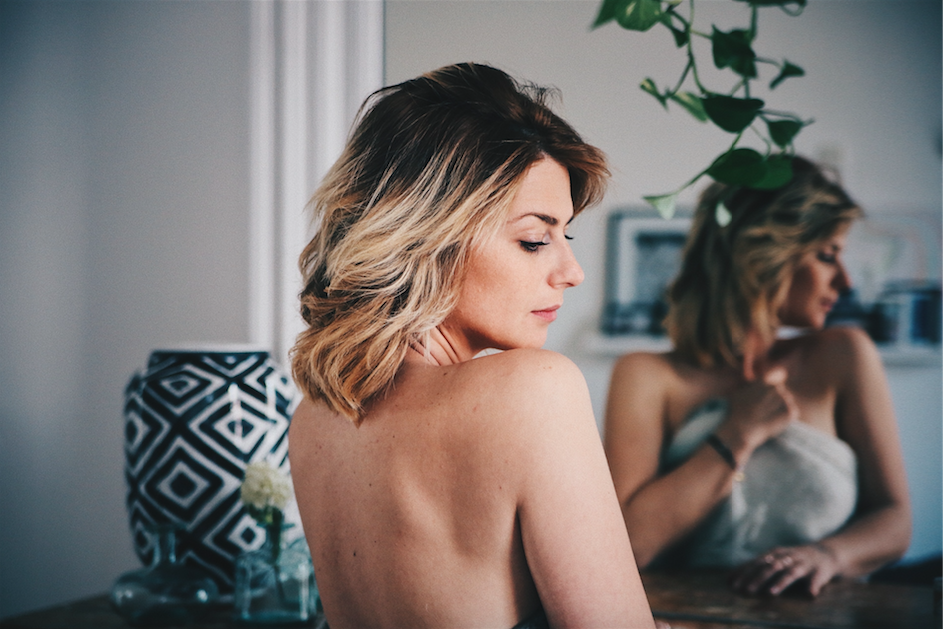 How To Make Difficult Decisions

The only person you are destined to become is the person you decide to be. Which is why as Brian Tracy so rightly said, fear and self-doubt have always been the greatest enemies of human potential. Are you tired of doubting yourself? Feeling like you’re not good enough? Being too afraid to go after what you really want? Then it’s time we start working on it. Here’s how to stop doubting yourself in three key steps. I’ve also put some actionable tasks in there, so if you want this to happen – it really can. Starting… now!

What Is Self Doubt?

By definition, self-doubt is a lack of confidence in yourself or your abilities. It eats away at you. Bit by bit. It stops you from recognising your accomplishments. It makes you believe that you don’t deserve the good things that happen to you – when more often than not, they’ve actually happened as a result of your hard work or good nature. Not by fate or luck! It really is a bit of a soul-sucker!

Self-doubt makes you question yourself, question if you’re good enough, worthy enough, have done well enough or are capable of going on to achieve everything you want to achieve. Nothing is good enough when self-doubt takes over. And it massively knocks your self-belief.

So where does self-doubt come from? Your past experiences, the things you were told as you were growing up, the wrong beliefs that you acquired, past discouragement, past criticism, and sometimes it can happen simply because you’re venturing into the unknown.

A certain amount of self-doubt is therefore pretty normal. We wouldn’t be human if we had none at all! It’s only actually there to try to protect us. When we understand this, we don’t take it so personally, because having self-doubt doesn’t mean we suck as a person or can’t be confident in general. It just means self-doubt is trying to do its job. We don’t have to listen to it, but we can kind of befriend it, acknowledge it’s craving for safety but just say “thanks but no thanks!”

If you feel like self-doubt is taking over your life and holding you back from doing the things you really want to do, it means it’s time to step in, stand up to it and take action. Luckily there are things you can do. So let’s break down how to stop doubting yourself, into three key steps…

How To Stop Doubting Yourself

Step #1: If you want to stop doubting yourself, decide to.

And I know, I know, if only it was as simple as that! But your mind is a powerful thing and attitude is actually everything. Remember, your doubts are not necessarily the truth. So decide right now, that you’re going to stop putting these limits on yourself and allowing yourself to live this way. Come on! Let’s have a little commitment. In fact, how about we write is down?

Open your calendar on your phone or pull out your diary and go to today’s date. Enter in on this very day, “The day I stop doubting myself!” because this my friends is our fresh start. There’s no point reading yet another article and nothing happening. Right now, in this very moment, it is the perfect time for change. And I know you can make it happen, because,

Remember, as Zig Zigular once said,

“Your attitude, not your aptitude, will determine your altitude…”

Every day is a fresh new opportunity. Don’t let any negative past experiences affect the things that you do or don’t do today. Wrapping yourself up in cotton wool won’t result in a happy fulfilling life. If you want something a little more to drive this decision to stop self-doubt, then have a mission that is far bigger than it. Far bigger than yourself even. Something you care about, something you’re passionate about. Find your clear ‘why’ to give you the courage to demand more!

When you have this and you feel the self-doubt inevitably creep in, you’re more likely to push the negative thoughts aside, deciding you won’t accept them, because you know there’s more important things to be thinking about here, and you really don’t want anything to stand in your way.

It’s kind of like the angel and the devil on your shoulder isn’t it? Well right now you’re letting that self-doubt devil win, so it’s time to fight back. The first stage is recognising these thoughts and stopping them in their tracks. Think you can do that? Awesome. Then you’re ready for the next step…

Step #2: Challenge The Way You Think

Once you’ve noticed the thoughts that are created from self-doubt, the second thing you must do if you want to learn how to stop doubting yourself is to disrupt your thought pattern by challenging them. Your inner-critic doesn’t always know best so every time it tries to point out your flaws or question your worthiness in unhelpful situations, call it out on it. Fight back! Looking at our strengths and weaknesses is important for personal development, but when it comes to self-doubt – it’s not constructive, more often than not, it’s just cruel!

If you struggle to challenge your self-doubt, it may be a good idea to also work on self-love and knowing your worth. Essentially, you want to take a negative statement about yourself and pick it apart, combating it with times that have proved that it isn’t true, and replacing it with something that is more empowering.

“You are GOOD enough, SMART enough, BEAUTIFUL enough and STRONG enough. Believe it and never let insecurity run your life…”

Another thing we’re guilty of? Comparing ourselves and our lives to other people. Or the perception we have of other people… which is even worse, because as we’re becoming more and more aware, not everything you see on social media is accurate to real life! Similarly, we have to stop thinking about what other people think of us. Who cares? It really doesn’t matter. Focus on yourself and carry on doing your own thing. Because that my friends is what’s going to not only keep us on the right path, but push us further in the direction that we’re supposed to go.

If your self-doubt is stopping you from doing new things, I want us to address this specifically here, together. It will give you a better idea of how you can go about challenging – not just it, but any other similar situation. Hopefully you’re also able to see that actually, your fear is not fully justified.

After you’ve done all of this I want you to weigh up both the good and the bad. Now tell me, don’t you think it’s worth giving it a shot? Isn’t the risk actually a little bit lower than you first thought?

After working on your mindset and attitude, challenging the way you see yourself and your fears, the final thing you need to do is simply go out there and make yourself do it! Push outside your comfort zone, even if you don’t want to. But don’t go about it half-heartedly. If you’re going to go for this, you’ve got to give it everything you’ve got! You also don’t have to do everything all in one go.

So let’s say for example you have a message you want to share with the world and the way to do this is through public speaking. The problem is the thought of that absolutely terrifies you, which is why self-doubt has set in. It’s made you self-conscious of the way you look, doubt whether what you have to say is actually good enough and unable to deliver the talk properly – in front of one person, let alone a large group of people.

To approach something like this, you’d simply break things down. Map out some key stages towards the ultimate goal – that start small but gradually push you more and more.

The Seven Key Areas For Self Improvement

So first off you’d get comfortable speaking in your own room, then maybe you’d practice in front of video (not for anyone else’s viewing, just for yourself so you can see where you can improve), then maybe you’d start going to some public speaking workshops – surrounded by like-minded people who are working on the same things – you’d try your talks in front of them first, then take it out to the public and gradually get bigger and bigger.

By doing it this way, you’re still taking action, but it’s not as daunting or scary. The challenges grow in direct proportion to your confidence so that they don’t stop you in your tracks. We talk about goals in this post if you’d like to get a process behind achieving them.

Ultimately, courage is a muscle. The more you act with it, the braver you will become. But you have to use it often. Daily even. If you were to do one thing every day, that you didn’t really want to – over the course of a week, a month, a year, it would undoubtably make you grow. And far more than you may even be able to contemplate right now. Because all of that courage starts to stack up, the belief begins to grow more & more and self-doubt is not necessarily in the distant memory, you’ll still experience it. Only now, it will no longer hold very much power over you.

I think I might have actually made that quote up. Pretty neat huh? But each time we face our fear, it really does give us the strength and confidence to go on to do more and before long, we’re doing what was once the unthinkable! It’s exciting, and actually pretty addictive. So my challenge to you? For the next 7 days, do one thing that scares you. One thing that’s going to push you. Then see how long you can keep it up for, or decide to make that just a new habit in your life. Give it a shot! You’ll be amazed at what can happen.

So, how do you stop doubting yourself? In a nutshell – decide, challenge and try. Self-doubt doesn’t have to have such a leading role in your life. It’s not a part of who you are, it’s just your body naturally responding to try protect you from potential risk. You are everything you need to be and more – or if you’re not quite there yet, there’s certainly nothing stopping you from being.

Don’t allow self-doubt to take over your life or stop you from doing the things you really want to do. Also don’t allow yourself to use it as an excuse!

Whether you fear something happening or not, it won’t actually stop that thing from happening. And you could argue – “well if I don’t take the risk, I can’t set myself up for the fall.” But then all you really have left are a life of regrets and I know for a fact that you are so much better than that.

So let’s let go of self-doubt and keep on pushing! I genuinely cannot wait to see what the future holds for you.

How To Get Over First Date Nerves

How To Make Difficult Decisions