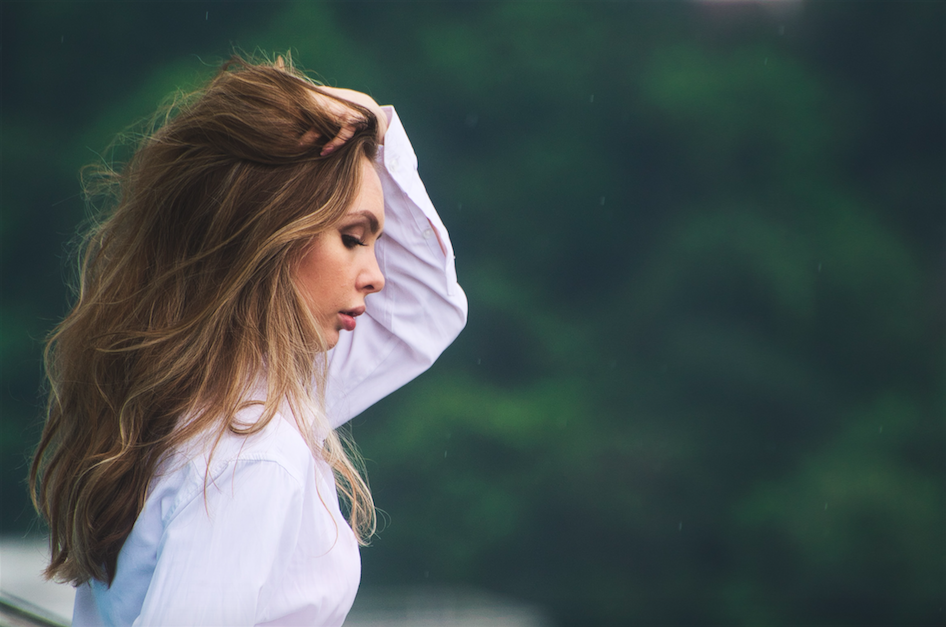 How To Let Go Of Trust Issues When Looking For Love

Knowing how to deal with rejection when dating is essential because at the end of the day – it’s pretty unavoidable. You’re going to be rejected at one point or another and it hurts. There’s no doubt about it.

Why Does This Happen?

Well, evolutionary psychologists believe it all started when we were hunter gatherers who lived in tribes. Since we could not survive alone, it meant that being ostracised from our tribe was basically a death sentence!

As a result, we developed an early warning mechanism to alert us when we were at danger. People who experienced rejection as more painful were more likely to change their behaviour, remain in the tribe, and pass along their genes. Which is why we struggle with rejection, not only when it comes to finding love, but even when trying to be accepted in our friendship groups. Uh huh, it’s serious stuff!

My conclusion to this? It’s no wonder we feel so sh*tty after we’ve been rejected! It’s not because we’re over-sensitive or weak. Far from it. It’s because our whole damn body is wired to make us feel this way.

Luckily for us however, with the knowledge of this, comes power. It’s not something to be afraid of, but instead to be prepared for. By doing this, we can decide to override the negative feelings that come with rejection, to screw our natural instincts and the chemicals trying to mess with our head. Instead, taking control and shifting our mindset starting… NOW!

How To Deal With Rejection In Dating

The first thing I’d say when it comes to dating – is to get a thick shell and be prepared! If this is new to you, it means you’re putting yourself back out there again, you no longer have the security you once had in a relationship so you are going to take some knocks… to put it bluntly. I’m only saying this because I don’t want you to go into things blind, nor to take things personally because it’s definitely not just you.

Your confidence may have taken a hit from your last relationship. In fact, it could have been there that you experienced the biggest rejection of them all – especially if it was your partner who decided to leave you.

Even if you were the one who did the breaking up, you may still feel rejected – perhaps at the fact that they didn’t fight for you enough, or maybe there were times in the relationship where they didn’t treat you right so it made you feel hurt or unloved. Dating is a little different…

Where It Comes From…

When it comes to dating, rejection can come as early as when you ‘swipe right’ for someone on a dating app and they don’t swipe right back or you, indicating they’re not interested in you. Or it could be the next step, maybe you’ve matched with someone, you start talking, but then they don’t reply.

The further through the dating process you get, the harder it can be. Perhaps you start to see potential with someone and they break it off, start seeing someone else or give you the cold shoulder. Brrrr, it can be pretty tough. But don’t get bogged down by things, and certainly don’t let a little bit of rejection put you off.

“If you offered a homeless man £100 and he didn’t take it, would you feel rejected?
No. You’d think… this guy is an IDIOT!

Well in life there are a lot of idiots. So keep doing your thing!”

In all seriousness, as Dr Steve Marboli once said, every time you think you’re being rejected from something good, you’re actually being re-directed to something better. So, what are we going to do ladies? How are we going to better approach rejection? I’d say there are three key ‘guidelines’ that are a pretty good place to start…

How To Deal With Rejection When Dating:

If someone wants to make a break, let them go. Don’t question it, don’t fight it, say how you feel for sure, but don’t kick up a huge fuss. Even if you think they are making a mistake and there is potential in the relationship – it will be better for your dignity and self-worth if you respect their decision rather than beg them to reconsider. By acting this way, it’s actually more likely to make them question the choice they made – so surprise them. Don’t act out!

You can still ask questions if there’s certain things that will help you gain ‘closure’ over the situation but don’t interrogate, don’t plead and certainly don’t complain.

You deserve to be with someone who really wants to be with you rather than someone who stays because you put up a convincing argument for them to stay. It’s also far better to find out early on that someone isn’t really into you than to spend months or even years adoring someone who’s just not as invested in you.

This has happened for a reason. And it’s a good reason. Trust me.

2. Change How You Respond

You know how I was saying earlier that rejection is not a reflection on you, but naturally we tend to be a little hard on ourselves? Well the next time you get rejected – no matter how big or small – and you feel the negative self-talk starting to seep through, I want you to try something straight away…

It could be the elastic band technique, replacing these thoughts with positive affirmations, or quite simply snapping yourself out of it by changing your state. Stand up and MOVE whenever you feel these emotions taking over, run it off or work it out in the gym (if that’s possible at the time) Whatever you do, don’t let yourself sink and wallow. The things you are thinking are not true. You have to believe that.

Now when I say this, I don’t mean analyse the reason for rejection. Like I said, that’s a waste of time. Instead, I want you to look for patterns or triggers. Are you going for a certain type of guy – the ‘player’, the ‘bad boy’, the typical heartbreaker? Or maybe you keep finding yourself settling for someone who you know really is not worthy of you, but you catch feelings too fast anyway.

I wrote a whole blog post that looks into why you might keep going for the wrong guy, you can have a read of that here. But it’s really important to recognise any potentially self-sabotaging patterns, or behaviours that aren’t good for you.

Similarly, you may feel rejection harder than others because you’re particularly sensitive to it. I can certainly relate to this. If you’ve read my story, you’ll know that I experienced terrible ordeal as a teenager. I got hurt by a man in the worst possible way, but I found I was taking this hurt into future relationships – so any sign of someone not wanting me or not really valuing me, made me kick off as a defence mechanism… When actually, sometimes I was reading into things too much and taking things to heart that I didn’t need to.

If you have unresolved issues, speak to someone. A professional. It’s not a sign of weakness. In fact, it’s the bravest thing you can possibly do. And I promise, you have the strength to do it. So take those first steps to heal.

Let’s Round It Up…

One final note when it comes to rejection in dating? It won’t just be you who feels it. Sometimes it will be you dishing out the rejection. Be mindful of this and consider other person’s feelings as if they were your own. Don’t ghost, don’t be cruel. Be kind and honest. We’re all on the same journey to find love and happiness – so let’s support one another on it.

Sending lots of strength and encouragement your way!

How Long Does It Take To Get To Know Someone?

How To Let Go Of Trust Issues When Looking For Love