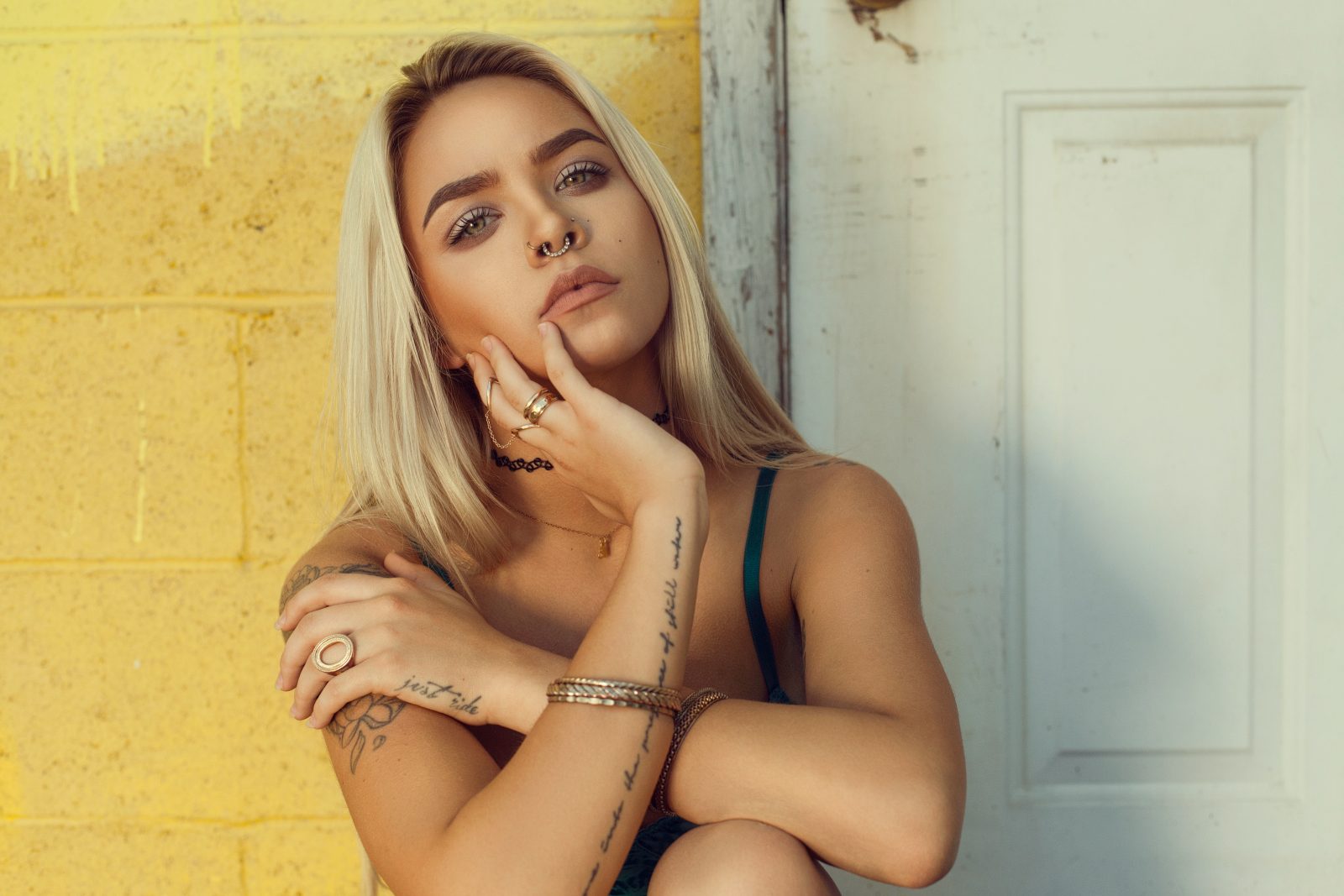 We’ve all allowed someone to mistreat us at one time or another. But that doesn’t mean we have to keep letting it happen. Here’s six steps for what to do when someone treats you badly…

When someone treats you badly, a whole surge of thoughts and feelings will be going through your body, but before you do ANYTHING, I want you to pause. Whether that pause needs to be minutes or days, just pause.

If you react straight away – more often than not – you’re going to end up doing something you regret because you just can’t think straight. So take time out: get the facts straight, see things accurately, remember the bigger picture and reflect on what you actually think about this situation… Not what anyone else thinks, or what you think you need to think. Make firm conclusions for yourself.

Honestly it is. And I know, that doesn’t make it hurt any less. Especially if the person who’s mistreating you is someone you really cared a lot about, someone you love(d) even. I also know it’s therefore difficult NOT to take things to heart. But you decide how much meaning and power you’re going to give things.

You also have to realise that not everything’s about you – and I’m saying that with the nicest of intentions, not to sound cruel. People have millions of thoughts going through their head every day. (Literally, it’s estimated that we actually have been 60,000 – 80,000!) They also might have a lot of personal issues that you may not even know about – one’s that are driving their behaviour. On the contrary, some people are just really crappy people, who don’t pride themselves with morals or integrity.

But just because they’re not as good of a person as you, or have treated you the way you would never think to treat someone else, doesn’t mean that you have to read into it or think that it’s in any way a reflection on you. It’s not. This is on them. So don’t let it determine your worth or knock you down.

Now although you’re seeing this situation for what it is – nothing more and nothing less – it’s still probably going to hurt a little. You can be strong and brave, but still get upset.

When someone treats you badly, it’s okay to feel hurt. It’s normal: a natural reaction. So I want you to know that you don’t always have to put on this front where you’re just invincible – nothing phases you. Because then you’re not really facing anything, you’re just trying to block it out.

It doesn’t make you weak for feeling sad – no matter how big or small this thing is. Feel those emotions. That doesn’t mean you have to dwell on them or make it bigger than it is. But you should feel them, because that’s what’s going to then make it easier to let go and move forward.

When someone treats you badly, it’s also easy to go into detective mode – trying to figure out why. Is there someone else? Was it something that I did? Why do things like this keep happening?

The third question is actually more constructive because you may find you’re constantly allowing people to treat you this way – which we can’t do. But when it comes to the specific person and the situation that hurt you – simply allow yourself to feel the emotions it made you feel, then accept it and let it go.

You don’t need to have all the answers. Things can be as simple of as complicated as you want them to be. But going over and over them in your head, is not going to help you – trust me. In fact, if anything, it’s just going to make you feel like you’re going crazy… and you’re not.

Like I said before, this person treated you badly because of them – not you. So understanding why they did it, doesn’t even matter. Don’t let this lowlife waste any more of your time than they probably already have. You’re in control here.

5) Don’t Sink To Their Level

This one’s a big one now. And I get it – you’re hurt, you feel like lashing out… doing something that’s going to get to them. You want them to feel the same way they made you feel. You want to get your own back a little. You think it will help. But FYI – it doesn’t.

If you act on your pain and do something just to try to get to the person that hurt you – newsflash – it’s actually only going to end up hurting YOU more. You’ll end up doing something you don’t really want to do, or which isn’t you. This will then only make you feel worse about yourself. And by the way – you probably won’t even get the reaction you wanted from the person who screwed you over, so what’s even the point?

You’re a lot better than that anyway. And, just for the record, if someone treats you badly then regrets it – it’s only going to get to them more if you just brush yourself off and carry on being the truly wonderful person that you are, without it taking a massive toll on you. They don’t get to have you in their life anymore and THAT is the best revenge… when they see what they’re missing.

Oh and when I say that – just to clarify – that doesn’t mean you need to try to prove to them how damn happy you are now, posting constantly on social media to try to get to them that way. Forget about it. It’s not even real then. So don’t put any effort into that, okay? Instead, just naturally be yourself and get on with your life. They’ll find out how well you’re doing without you needing to do anything. This leads me onto my next point…

6) Focus On Yourself Again

I’ve wrote some super useful strategies here for how to stop thinking about your ex. Click this link – it will open in a new tab, so you won’t lose your place on this article and can read it next. These approaches can also be used for anyone – it doesn’t have to just be an ex. Whoever treated you badly, this is what you want to do to get them out your head. Once they are, you have a clear mind to focus solely on you and the things / people that are important to you.

When you do this, you’re building yourself back up again. You’re also shifting your focus onto things that are more positive and empowering which will naturally change the way you feel.

Do things that make you feel good. Work on things that inspire you. Push yourself in new areas of your life and watch yourself grow. This is something that should be doing regardless of your situation anyway, it should be an ongoing thing. Why? Because it helps to challenge the negative beliefs you may have about yourself that allowed people to treat you the way they did in the first place. It makes you feel good and shows you that you are worth a lot more than this.

Whatever Happens: Don’t Allow Others To Treat You Badly…

If you’ve got through this process for what to do if someone treats you badly – I’m proud of you. Not only because you’re dealing with things in the right way, but because you’re also recognising that someone HAS treated you badly and you won’t stand for it. This is honestly so important: for your self-respect and your self-worth.

Who we surround ourselves makes a huge difference to how we feel. So don’t excuse bad behaviour or let someone keep trying to knock you down. Stand up taller and stronger and say no to it.

This Is How You’re Then Going To Bounce Back…

Once you’ve worked your way through this for how to deal with things when someone treats you badly, it’s then time to find your fight and bounce back! Click here for the step by step process to do that…

I really hope this has helped. For more support and guidance, subscribe to our blog below. We’ve got your back, okay?

50 Ideas For Acts Of Kindness (That You Can Actually Do During Lockdown!)

How You Know You’re Over Him

It’s Hard Being Strong All The Time. If You’re Struggling, Read This…

How To Stop Thinking About Your Ex