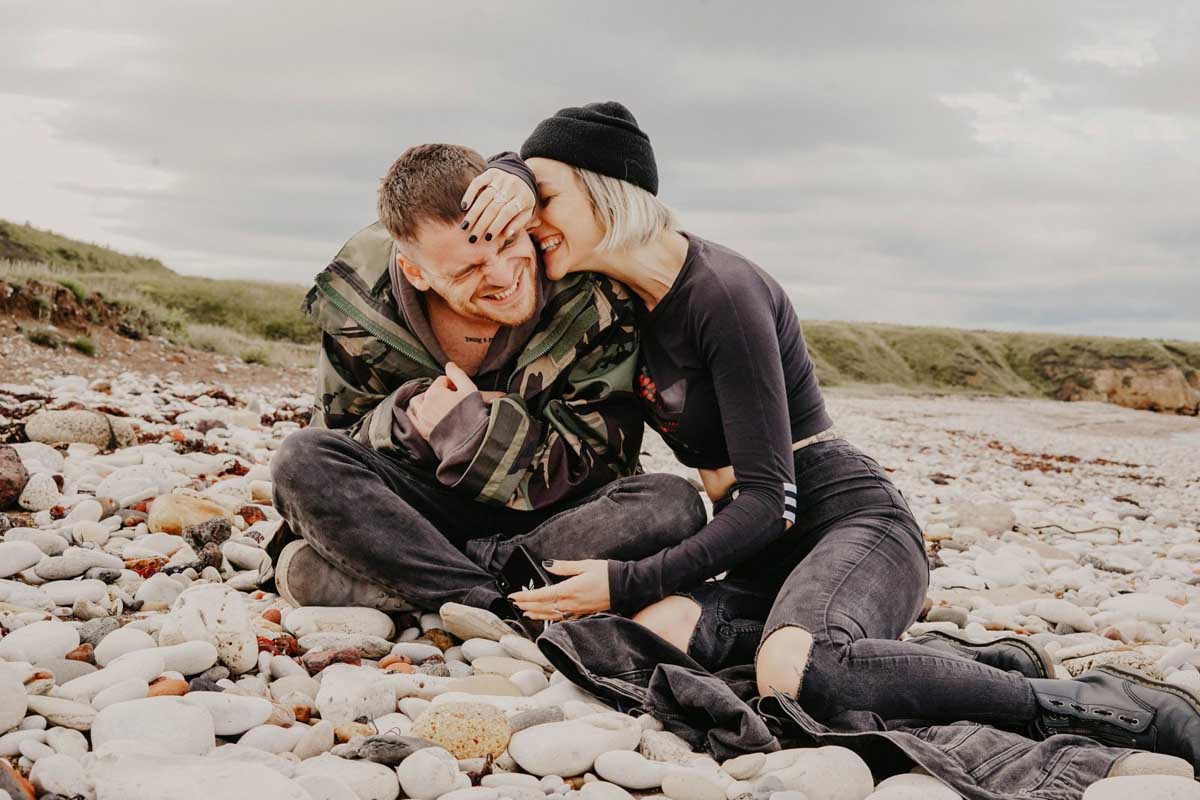 You Know There’s Such A Thing As Single By Choice?

Teasing is a great flirting technique. It goes back to those high-school days, right? Where you wind up someone that you fancy. But flirting by teasing is actually a great way to build attraction. Let’s first look at why, and then how to up your teasing-game to do it in the right way. (There’s some sensitive souls in the world after all!)

Why Teasing Is a Great Flirting Technique

Teasing – when done properly – is a great flirting technique because it adds a new level to your relationship. When you affectionately tease someone, it brings the two of you closer, whilst keeping things fun and humorous. Dating can become tiring, and can often seem way too serious, too fast. Teasing eases the pressure and makes things less scary.

It also helps you to become more comfortable and relaxed around the person. You can connect better, and actually understand each other better – whilst showing your understanding of them by finding things to laugh about together. We’ll talk about it shortly, but it enables you to develop ‘inside jokes’ between the two of you and helps to develop your bond.

Aside from this, it shows the two of you are actually on the same wavelength and do share the same sense of humour – an important and attractive trait, for sure. You’re able to build not only a physical connection (with perhaps a bit of chemistry – as teasing does build sexual tension!) but you’ll also have the starting base of a strong friendship behind it.

If you know enough about a person to be able to tease them, and still accept and appreciate them (‘flaws’ and all!) that creates a pretty strong base for something potentially quite special. Agreed? So where do we start when it comes to this teasing? Well, let’s first cover how NOT to do it.

How NOT To Tease

When it comes to teasing, there’s a time and a place… or more so, a situation and some key topics. Don’t ever tease someone on something that could potentially be sensitive. For example, a big one is their appearance.

As confident as a person may come across, you should never tease someone on their appearance, especially in the early dating stages when you don’t know enough about a person to know where their insecurities lie. That selfie they took that you’re not 100% sure on? Don’t pick up on it. The hair he’s really clinging onto? Don’t mention it – or if you do, say how it’s not a big deal. Making fun of someone about the way they look is really not cool, so leave any thoughts like that to yourself.

You should also avoid teasing over a lack of knowledge or understanding. Let’s say you’re trying to explain your job and they don’t really get it, or there’s a conspiracy theory they’ve never heard of, or even just a situation they knew nothing about. If you tease someone just because they don’t know something or grasp it straight away,

One final example is when you tease a guy and it emasculates him. For example, mocking his work, his mannerisms or when he’s opening up to you and expressing his emotions.

Basically all you need to do is put yourself in the other person’s shoes. What would you think if someone said that to you? The way you say things also makes a difference – of course – but if something could potentially be a touchy subject or insecurity, just don’t go there.

Explain and apologise. If you’re flirting by teasing and the other person’s response isn’t what you expected, follow it up with a note that you were only messing, and smooth it out with something positive to say. This will back up the fact that you didn’t mean it, and you wasn’t trying to be disrespectful.

It shouldn’t happen often anyway, but if you ever do cross the line, that’s what to do! The other thing worth mentioning is knowing when to stop. It’s fun, flirty teasing – not a mission to try to wind the person up and take the jokes too far. So just remember why you’re doing this! Also don’t keep teasing about the same stuff, because that get’s pretty old too.

Last but not least, you want to remember to strike the right balance. If the teasing is constant, you risk friend zoning yourself or not forming a deeper connection. The other person may also not know where they stand or how you feel. Teasing should therefore just be one aspect of your relationship with this person. It should go far deeper.

** WANT TO KNOW IF YOUR FLIRTING IS ON POINT? TAKE THE QUIZ! CLICK HERE… **

Teasing is all about doing so with the right intentions. It should be playful and geared towards building connections – not knocking someone down or getting one up on the person. Often people can tease as a defence mechanism, especially if they’re scared of rejection. But this isn’t healthy.

If you’re flirting by teasing, the person needs to know that you’re joking, it’s light hearted and fun – with no underlying digs. You want the other person to bounce something back at you! This teasing can start to create some inside jokes between the two of you. That’s what it’s all about.

The Right Way To Tease When Flirting

So now we’ve covered the basics, let’s jump in with seven top teasing tips: the things you SHOULD do and the things that DO work – to get you started on your teasing journey!

So there we have it, a quick guide running through flirting by teasing! Above anything else, just remember to have fun with it. Teasing will become more natural, and easier, the better you get to know a person. But in the meantime, it’s going to add a new dynamic.

Are You Fantasising About Someone? The All-Important Reality Check

You Know There’s Such A Thing As Single By Choice?