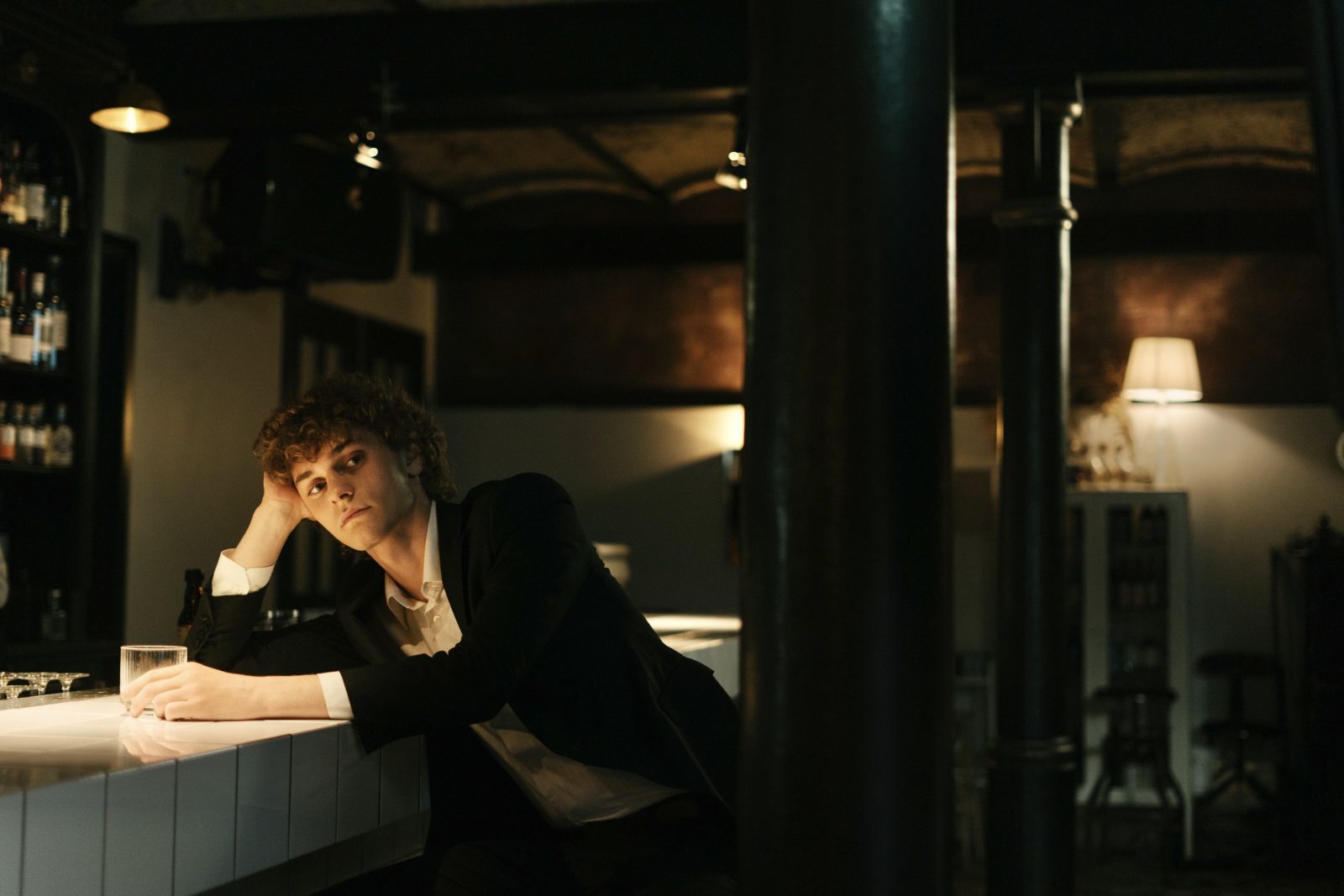 50 Questions To Get To Know Yourself Better

So excuse the language on this post. (It’s not really my style!) I usually put asterisks in place for any swear words, but a fuckboy is a fuckboy – I think a cuss is allowed in this situation. What we’re going to look at today? 10 signs he’s a fuckboy. So that you don’t end up getting played, can recognise the telltale signs, and actually know what to do about it.

Please note: this isn’t just a post to hate on men. Not all men are fuckboys. And not all fuckboys are actually bad. Some can be charming as hell, a lot of fun and actually pretty open about their womanising ways! It’s just the way they are right now. They don’t necessarily mean any harm.

The bad ones however, are the Secret Fuckboys. (Terrible buggers!) These are the ones we want to spot and avoid, because they’re manipulative and try to hide their ways. But, you’re going to be fully prepared now, right?

Here’s 10 of the major signs he’s a fuckboy. These qualities alone don’t make a guy a fuckboy. It’s an accumulation of many of these things. So, if you read this and find yourself saying yes, yes, kinda, yes – then my friends, I really hope it helps you to start to see his true colours. What to look out for? Let’s jump straight in…

Smooooooth Operatorrrr. Surely I’m not the only person who had this song going through their head?! Pop it on. Because that’s what our fuckboy is! He’s charming, funny, charismatic. He just knows all the right things to say and do to make you feel special. And he knows it. After all, these are tried and tested on other people too.

The thing is, you can tell when a line is a line, and when someone is actually saying something personal to you. Also weigh up if what he’s saying and doing is fully justified for the length of time that you’ve been seeing each other.

This is so so important and one of the biggest warning signs. If he seems so completely into you, head over heels, before he even properly knows you, it’s got to raise some questions.

2) Yet Knows How To Play It Cool

On the flip side, a fuckboy also knows how to play it cool – when he needs to right? See he’ll give enough to hook you in, but can equally follow it up with the whole ‘treat them mean, keep them keen.’ And I mean, why does that even work? I guess you know he’s desirable, and the whole ‘wanting what you can’t have’ can start to kick in.

We as women, can also love the thrill of the chase sometimes too. Just remember, it’s no longer a game if you find you’re no longer having fun and will just end up getting hurt. So be careful. He’s not necessarily all he’s cracked up to be.

3) He Promises A Lot

Oh the classic Fuckboy promises! Fuckboy’s make a hell of a lot of promises – which you’ll soon see – they generally don’t deliver on. Why? Because they’re not really going to put the time and energy into this. They just want you to THINK they will.

Just remember, actions speak louder than words and trust is built over time. You don’t have to live your life constantly being sceptical – just don’t always take everything as truth and try to stay level headed instead of being whisked away by the dream.

And sure, maybe he does have a busy life… things to do, places to be, people to see. But remember, the latter is the most important one here, because he WILL be seeing and speaking to other people… even if he’s unlikely to admit it!

There’s only so many hours in the day, and that’s got to be spread between a number of different people. So, sorry ladies, but you won’t be getting all of the attention!

As a result of this, he can also be pretty flakey. Last minute cancellations, a reluctance to firm down plans, a lack of initiating plans (it’s always coming from you.)

But think about it – this guys got to keep his options open. He’ll definitely hit you up if you’re the best option at that time, but you’re not enough of a priority in his life. And yes, I know it hurts to hear. But come on, you know you deserve better than that.

Many men have a tendency to lie – they want an easy life, right? We can all do it at the best of times. The thing is, a fuckboy will lie to keep his player ways in tact. After all, they have more to hide than most… and it works in their favour to keep certain things hidden! So, if their story doesn’t match up or they’re saying things and you just don’t quite believe it… don’t ignore the warning signs.

You know the ‘active’ sign on WhatsApp or Messenger? He’s always on it. Yet considering he’s ALWAYS busy – and it’s not always you he’s replying to – it’s got to be a big sign he’s talking to lots of other people. (Even if he does say it’s “just group chat” or family… Pfft!)

Alternatively, you might find him pretty attached to his phone during dates, either hiding what comes through or finding he has to respond to new messages. (Umm, why?) This leads me onto my next point…

7) His Social Media Is FULL Of Females

Let’s not pretend he isn’t sliding into a new girls DM every damn day, or adding new women from different dating apps. Sorry girls, but he’s really not a One-Woman-Man right now. And that’s fine, like I said – so long as he’s honest about it.

What’s worse actually, is the secret fuckboy who doesn’t have social media – but this my friend is going into risky territory of either a potential girlfriend or hidden social media accounts for some crazy arse sh*t.

It sounds mad right? But I’ve come across a fuckboy who had both, so I certainly wouldn’t rule anything out… and you shouldn’t either!

One of the biggest yet simplest signs he’s a fuckboy is when he specifically raises the point to say that he’s NOT a fuckboy. Usually, multiple times.

See, this guys got a reputation. He’s been told it before, which is why he thinks dispersing the myth will remove it. Well no ladies, instead, it should warn you that there’s more of a chance he actually is one. Or at the very least, was once one.

Do old habits die hard? We won’t know. But its something to be wary of.

Why bring it up if it’s something of the past? And what proof actually is there of any changes here to his old behaviour?

9) Your Relationship Is Pretty Sexual

Sexual chemistry is a good thing, it’s important. But it’s not everything, and it shouldn’t be made as everything. If he’s asking for nudes (eww), sending nudes (gross) or talking dirty to you – it shows a lack of respect and makes his intentions pretty clear.

Or let’s say he leaves that out, but is pushy, always making moves on you, wanting things to progress quickly… Then, I’m sorry girls but it’s another one of the classic signs he’s a fuckboy. Because, what’s the rush? Where’s the romance? Where’s the hard, consistent graft? You deserve more. A lot more.

I’ve come to realise how important it is that all new relationships start right. Do you really want THAT to be the beginning of your love story? I don’t think so.

10) It’s Usually a Little One Dimensional

Last but not least, the relationship you have with a fuckboy is usually actually not 100% fulfilling. You can talk about different things, but sometimes it feels like he’s just saying what he thinks you want to hear. You can feel like you never truly get to know him and have certainly had deeper connections with other people. Yet, you still believe there’s more to him. News flash: sometimes there’s not.

How To Deal With A Fuckboy?

So now we know the signs he’s a fuckboy, how do we know what to do about it? Well, like I said at the start, if you can see him for who / what he is, then it’s up to you. It depends what you’re looking for (there’s no judging here!) It also depends on how invested you are in this person and whether there’s a chance you could end up getting hurt here. If so, avoid at all costs, I repeat – avoid at all costs. It’s just not worth it.

When you meet a fuckboy, you don’t have to hate on them. It’s their way of life. Or a stage in their life right now. They’re usually boys, just unable to grow up just yet. (Although some never do!) But the biggest mistake you can make, is thinking you can change them, or make them commit. You want to be the one they fell for, the one that turned them around. But you can’t make anyone do anything. Yet you’re fighting a losing battle.

Just remember, it’s no reflection on you. It’s not because you’re not good enough. (If anything- you’re too good!) But a fuckboy will lose his ways in his own time, if and when he wants to. So don’t ever try to make anything serious with him, or get your hopes up / kid yourself. Put your time and effort onto the people who are really worth it. Who will give you what you need and reciprocate your effort, looking for the same things in life too.

50 Questions To Get To Know Yourself Better