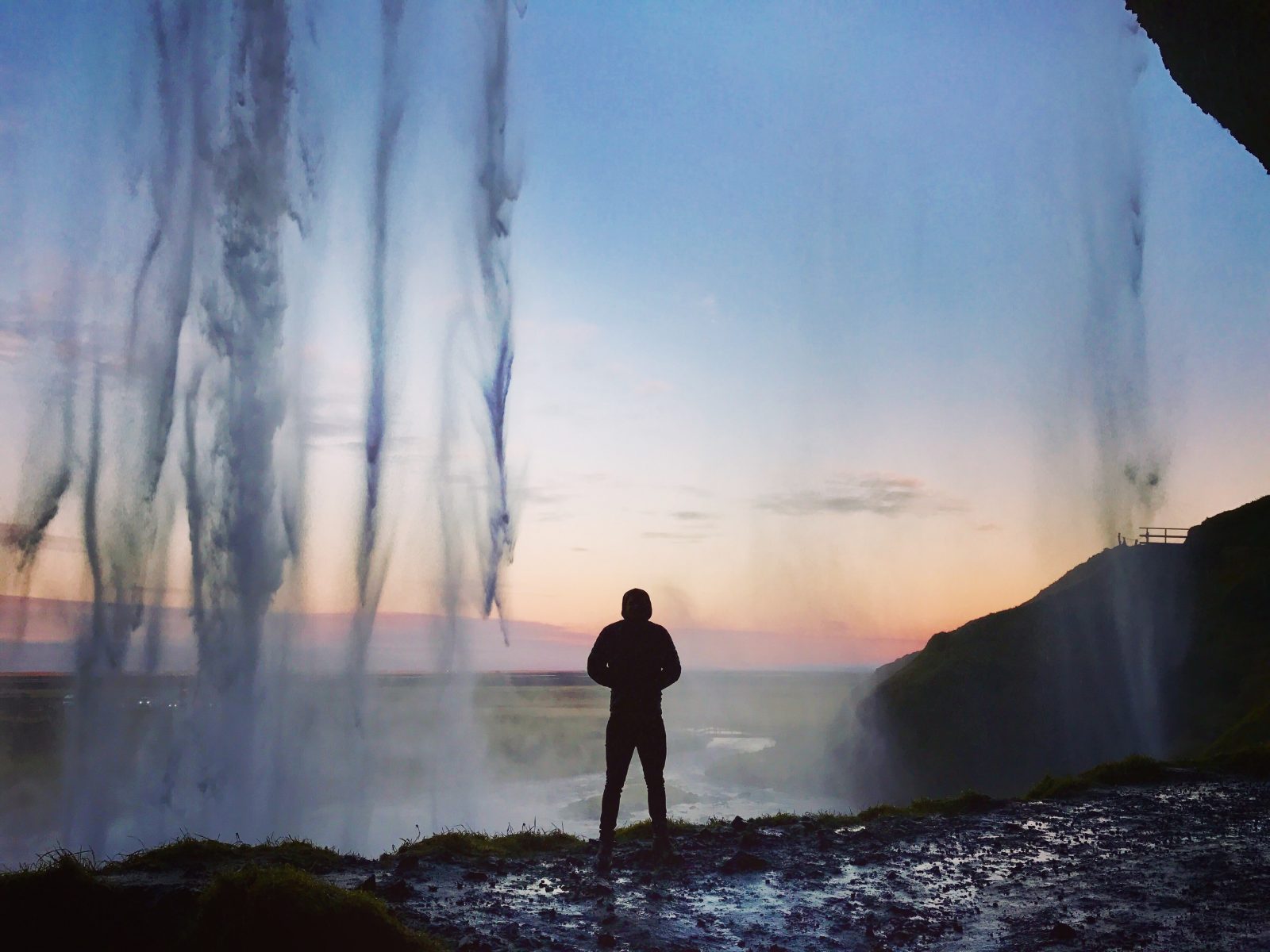 “I’m feeling really confused and hurt. I was speaking to a guy and I thought it was going really well. We were sending lots of long messages back and forth, had all these dates planned, then over the weekend he went quiet. I thought he was busy but he hasn’t messaged again since and it’s been over a week now. I sent the last two texts (one asking if everything was okay) so I don’t really want to message again. Is this it now though? Should I really just leave it there? And what am I even supposed to think of it? I don’t understand why he’s stopped talking to me, or where it all went wrong.”

This post is part of the ‘Ask Ell’ Agony Aunt Series. Simply write in with your questions or dilemmas here & Ell will get back to you with personal advice.

Well damnnnn girl, we’ve found ourself another freakin’ magician, who actually thinks the disappearing act is cool. Umm, no. It is so not cool. In fact, I’d say it’s just pretty weak, and actually quite cruel – but hey ho, that’s the reality of dating sometimes hey? We have to get thick skin.

I know it hurts right now and you just want answers, but unfortunately – you may not get them. You can ask him what’s going on, but there’s no guarantee he’ll even give you the honest answer, if one at all. What could it be? Well, there’s quite a few potential reasons…

If we’re playing the guessing game now, it could be that…

Unfortunately however, you won’t be able to get inside his mind. All you need to know and remember right now, in this moment, is that for whatever reason why he’s stopped talking to you, it’s to do with him, not you. Emotionally he’s not available. Mentally, there’s probably something going on. Or, there may just be a situation you don’t know about, but the thing is – it’s not your problem.

I know it feels like it is. You want to get into detective mode, figure it out. You may also be wishing for a miraculous turn around (and you never know – there may well be one!) Or perhaps you just feel rather crappy and it’s kind of disheartened you now.

Focus On Other People…

I’ve wrote about it here, and I highly recommend giving this a read, but one of the best ways to stop falling for people too fast, is to keep your options open. During the dating stage, when you’re looking to find the right person, you should never put all your eggs in one basket. You don’t fully know them properly yet. It puts you in a vulnerable position. So to protect yourself, you should try not to get too heavily invested in one person, until things start to develop with them.

Hopefully you’ve been doing this already so – although the disappearing act is confusing – emotionally, it won’t be too difficult for you to bounce back from.

If you’re already speaking to other guys, simply put your attention back onto them again. Give them a fair shot instead of prioritising this guy over them – and speak to them with an open mind, without any comparisons.

You should also bring some new guys into the mix by getting yourself back onto dating apps again. Have fun with it. Put this guy into perspective – because he’s certainly not the only person out there who can bring a smile to your face.

You can’t let this ONE GUY knock your confidence. Even if this isn’t the first time it’s happened before. It’s like when a baby first learns to walk – they will tumble down onto their bums so many times when learning to walk – but they never give up. They know it’s just a stumble and they will keep picking themselves back up until they can stride forward with confidence… That’s like you with dating!

A guy disappears again? No problem. That was just a little wobble. You’re still going to keep going. You won’t let it put you off.

Also Focus On Yourself…

Whatever you do now, please don’t wallow. This isn’t something that needs to be overthought.

If you feel like ALL HELL TO THE ENTIRE MALE POPULATION – then okay, maybe don’t jump back into dating straight away. You want to be in the best headspace to get the most out of it, so if you feel like this has knocked you a little, simply take a break from dating and focus on doing the things you enjoy for a little while.

Start a new project, work on something new, focus on an aspect of personal development, take some proper time out for you. Just make sure you’re doing it for you. Not because of that lowlife who didn’t even have the decency to tell you how he feels. (Pfft, coward!)

Should You Text Him Again If He’s Stopped Talking?

Well, in this situation, you said you sent the last message, the last two actually. So don’t keep chasing him. (This is why that never does any good.) Instead, leave it for now. See what he does, how he acts. Because there’s got to be a part of him that finds the sudden disappearing act quite strange too. One minute you were there, the next you’re not. It’s weird! So it will be interesting to see how he responds to that.

If you still hear nothing, and are struggling to gain ‘closure’ on it – those final unspoken words unsaid – then drop him a message a week or so later. Tell him how you feel, get it off your chest. Try to keep it short and snappy, instead of a heart-filled essay. You also don’t have to blow up or get angry… he is so not worth that. Simply express how you feel, as concisely as you can, then vouch to leave it at that.

Whether or not he responds from there will also then show even more about his character, and if he ignores you once more, you know for good that it’s worth deleting, blocking and forgetting about him.

The disappearing act hurts the most, the closer you get to a person. The closer you are, the more personal you will also take it. But my friend, whether we like it or not, this is just building us up with a stronger heart and a thicker skin. So we have to accept it and move forward.

At the end of the day, you have to have the self-respect to know that this behaviour isn’t okay, and to have the strength to let go and walk away – instead of trying to force something that isn’t right. If he stopped talking but your conversation was never fully flowing regularly and consistently – that’s different. He may just be busy, may not even think anything of it because your communication is already sporadic. This situation sounds like it was different though. You thought you were building something, you thought you saw potential.

Consistency is everything when dating, and if this person was messaging frequently before – then suddenly just disappearing is actually pretty rude.

You know your value. You know that you wouldn’t treat anyone this way if you were getting close to them, so you can’t tolerate it from anyone else either. After all, if there’s something going on in their life or their mind, it doesn’t take a lot to simply pop you a quick message to let you know – even if they don’t feel comfortable going into detail. So unless there’s been some kind of life or death situation – there really isn’t any excuse.

This behaviour may not be okay, it might make you feel a little sh*tty, but it’s nothing to get down about. It’s no reflection on you as a person. Remember: the right person will come into your life and stay. You won’t need to convince them.

So as awesome or perfect as this person may have seemed to be (SEEMED being the key word here), they’re not right for you because they’re no longer there. They clearly weren’t everything you thought that they were and even if you can’t see that right now, you soon will – trust me.

Also remember that dating is hard, for everyone. He was weak, boyish even and a little immature. Although whilst we’re on that point – I bet there’s been times where you’ve cut people out here and there. It can happen. It just depends on where our headspace is at. So it can be helpful to cut him some slack, simply because it helps you to let go of any lingering feelings of anger or resentment. (And we don’t want any of that!)

What Happens If He Comes Back?

Well, it entirely depends on the situation, the relationship you had with him, his reason for going quiet on you, and how long he did this for. Trust your judgement. Just don’t give him a second chance for the wrong reasons. Only do so if you genuinely can understand where he’s coming from, and he actually understands that the way he went about it was all wrong.

Don’t count on him doing so though. It takes a bigger person to admit their mistakes and apologise – which he will have to do if he wants to come back into your life. If he can’t even have the decency to say goodbye, then don’t wait for another hello.

I know it’s hard and this has been a little knock, but you’ll push past it – each and every time it happens (because unfortunately, this may not be a one off.) Just take everything as it comes and keep heading forward in the direction that you know you want to go.

Take care, and hold that head up high beautiful.